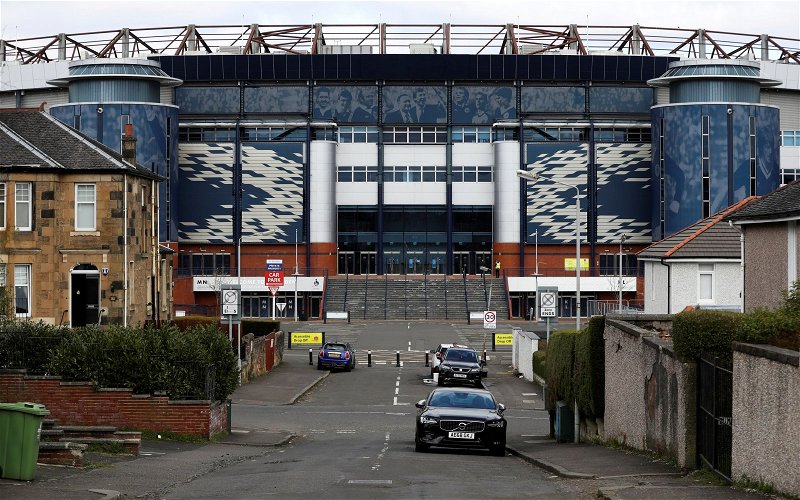 It seems that the ‘entertainment’ on offer from one of the guests didn’t go down too well with Eilidh Barbour tweeting about the matter.

Within an hour the tweet had attracted over 100 comments, approaching lunchtime on Monday over 700 replies had been made with little or no comment on last night’s award winners.

Ange Postecoglou picked up a Manager of the Year award with Craig Gordon the players award but other issues dominated Twitter discussion.

It seems like an old-school comedian with a seventies style Joke Book didn’t go down well with many guests, this morning the SFWA stated:

The Scottish Football Writers’ Association apologises to anyone offended or upset by material from one of our after-dinner speakers at last night’s annual awards dinner.

We have agreed unanimously that this will act as a catalyst to review and improve the format of our future events to make it an enjoyable and inspirational event for all.

You don’t have to tell a racist or homophobic joke in Scotland to provoke a firestorm. Asking a legitimate question about football and liquidation will do the same. We’re a backward shower with few signs of advancement showing. No wonder folk keep their heads down. https://t.co/Dsy60cIx4K

Never felt so unwelcome in the industry I work in than sitting at the Scottish Football Writers Awards. A huge reminder there is still so much to do in making our game an equal place #callitout #equalgame

We’re back at Celtic Park this morning as Hearts make the journey west. A win for the home side all but wraps up the title. We’re on from 11.30 ?? pic.twitter.com/v1KDwPa5tP