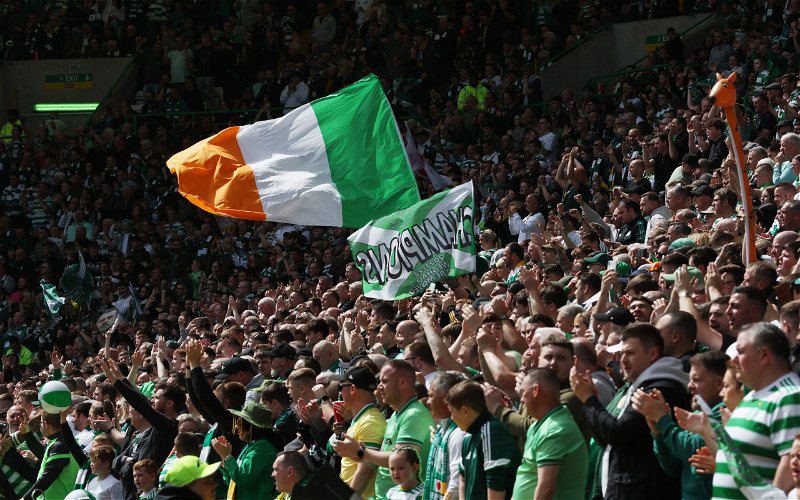 Hours after Celtic’s 6-0 win over Motherwell the party was in full flow around the Merchant City.

With the sun shining thousands of fans headed down the Gallowgate to Glasgow Cross, into High Street and the Trongate to continue the party that started in Tayside on Wednesday night.

Young and old, male and female were united in celebration as Celtic songs and chants echoed around the streets to celebrate the success of Ange Postecoglou’s side.

Celtic fans have gathered in Glasgow City Centre to celebrate the title win.

Back in September a title triumph seemed far fetched after Celtic lost three of their first six matches but the hoops then went unbeaten through the remaining 32 with 26 wins and six draws sweeping the competition aside.

This season’s title success has been down to one man. Twelve months ago Postecoglou was in charge of Yokohama Marinos, tonight he is a Celtic legend earning comparisons with the great figures that he followed into the job.

The approach, attitude and the manner of the 56-year-old has made a huge impact on the club with grateful fans going to toast their leader long into the summer.