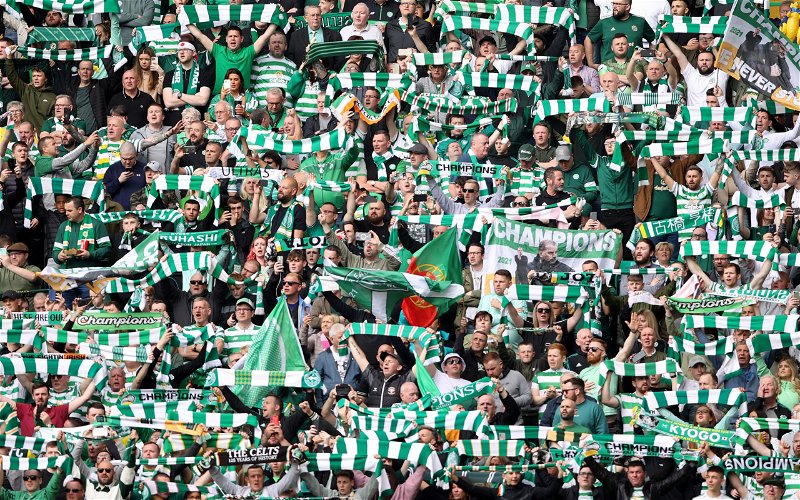 It seems that almost everyone inside Celtic Park for the 6-0 win over Motherwell decided to walk along the Gallowgate to Glasgow Cross to continue their celebrations.

The throng of supporters continued to funnel through Trongate as they pushed along Argyle Street towards the pedestrianised area and on to Central Station.

It was an incredible display of green and white as the fans celebrated their 10th title win in the last 11 seasons.

Last season was one to forget in many ways but under Ange Postecoglou a new look team playing exciting attacking football has delivered the SPFL title in style.

The early kick-off meant an early start to the festivities with the images on social media attracting more fans to join the party in the sunshine.

Celtic’s title win gives them direct access to the group stage of next season’s Champions League.