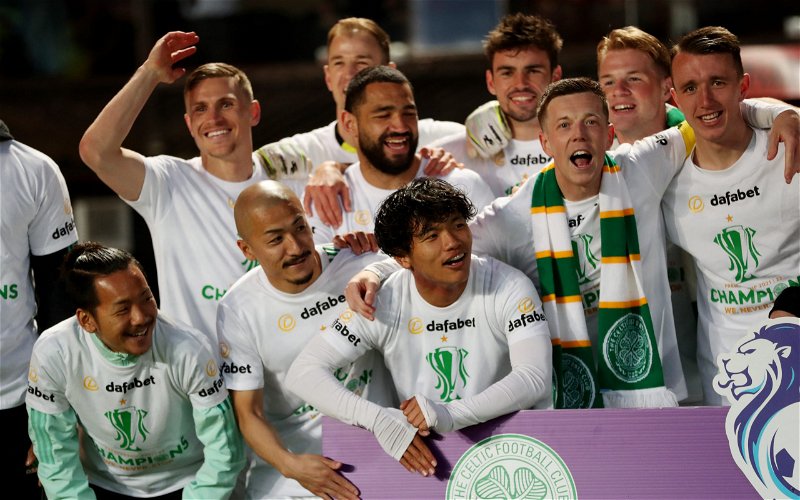 Daizen Maeda was given a warm and formal farewell when he returned to Yokohama Marinos earlier today.

At the end of the 2021 J League season the forward joined Celtic on loan with the move upgraded to a permanent deal earlier this week.

Over the last year Celtic have taken the manager and leading goalscorer from Yokohama but there seems to be no bad feelings from the fans as they welcomed Maeda back ahead of the match against Kyoto Sanga.

Maeda made an explosive start to his Celtic career, scoring after five minutes on his debut then playing on successive days for club and country at the start of February as his new club moved into top spot in the SPFL.

With the formalities of his transfer completed he can look forward to the remainder of the year and the prospect of playing in the Champions League and World Cup Finals.