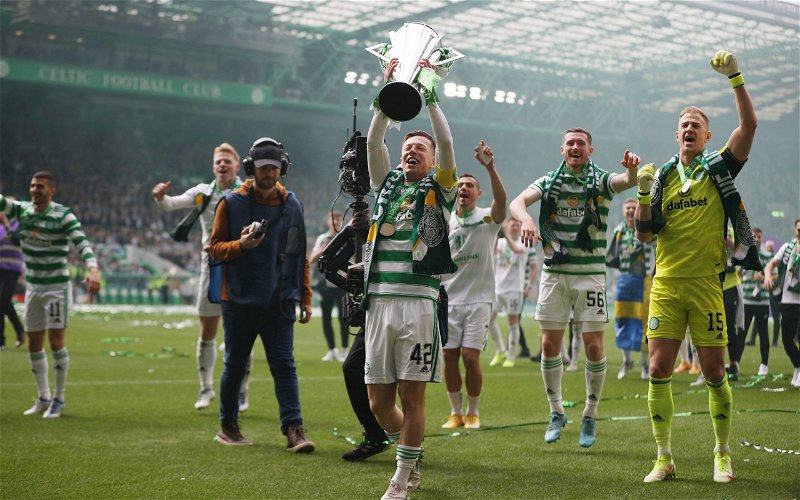 At the start of the season he took on the enormous task of following on from Scott Brown as captain as the veteran and other mainstay decided that it was time to ‘seek out fresh opportunities’.

Suddenly the Invincibles were very thin on the ground with McGregor tasked with providing leadership qualities to a squad that was unrecognisable from the one that limped to the finishing line last season.

Away to Midtjylland in the Champions League a wonder strike from the skipper gave Celtic hope of progress but the wafer thin squad went out after extra-time. There weren’t to be very many disappointments over the season.

Month by month the Celtic squad progressed and developed character, a daunting October schedule with trips to Aberdeen, Motherwell and Hibs turned out to be the launchpad for a 31 match unbeaten run that led to today’s joyful scenes.

McGregor’s role was recognised by his fellow pro’s with the PFA Scotland Player of the Year award but it is the acclaim of the Celtic support and the shared success that drives on the club captain.