Farewell tears from Tom Rogic as the SPFL title is celebrated 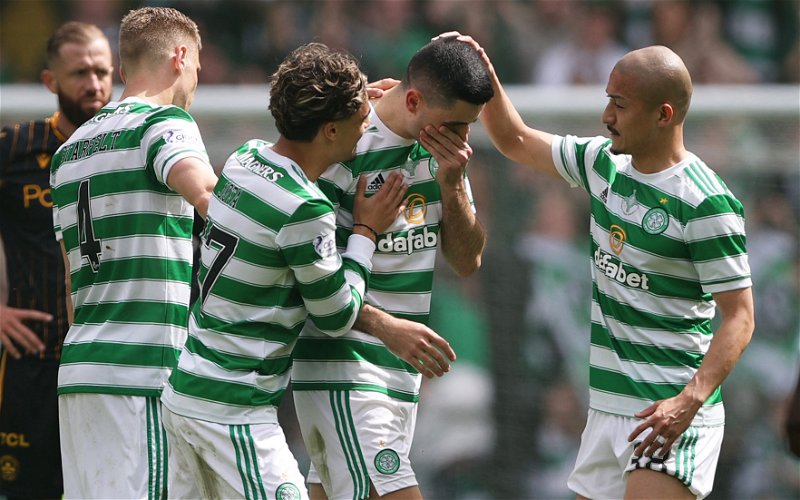 A tearful Tom Rogic brought the curtain down on his Celtic career with a vintage performance in the 6-0 win over Motherwell.

The woodwork denied the midfielder a farewell goal but for historians and statisticians his final goal as a Celtic player came at Ibrox in the decisive victory that sent the SPFL trophy back to the east end of the city.

Rogic leaves behind dozens of incredible memories with the Glasgow Derby and Hampden semis and finals the stages that he excelled on most of all.

Just past the hour mark it was all over as Ange Postecoglou made four substitions. Every Celtic player rushed to thank Rogic as the occasion got the better of him with tears on the pitch and across the stands.

After the final whistle Rogic and Nir Bitton led the trophy out onto the centre circle before they joined in with one final, farewell celebration as Celtic players.