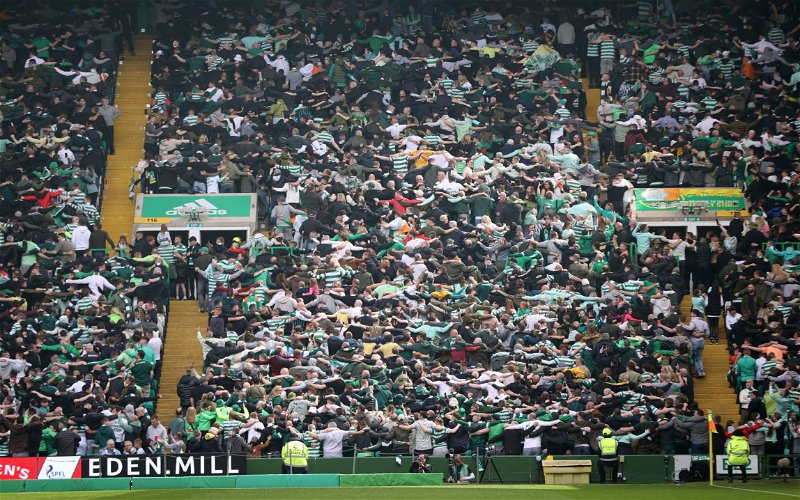 Always sharp and topical, virtually nothing escapes his notice with his account a must-follow for thousands of fans.

As the focus of attention switched from Celtic Park towards the centre of the city Tam’s account drew in the very best of the videos from around the Merchant City.

The contrast with last year’s barbaric ‘celebrations’ could hardly be more stark. This time around there is no bar on bear action, smashed bottles and running battles but as those with a knowledge of the city appreciate the two fan-bases are very different.

More than five hours after the final whistle at Celtic Park spirits were still high in the Merchant City, some tiring supporters may have been replaced by reinforcements but the celebrations look like continuing long into the night- and probably beyond.

Videos of your celebrations of winning the SPFL trophy once more….go??