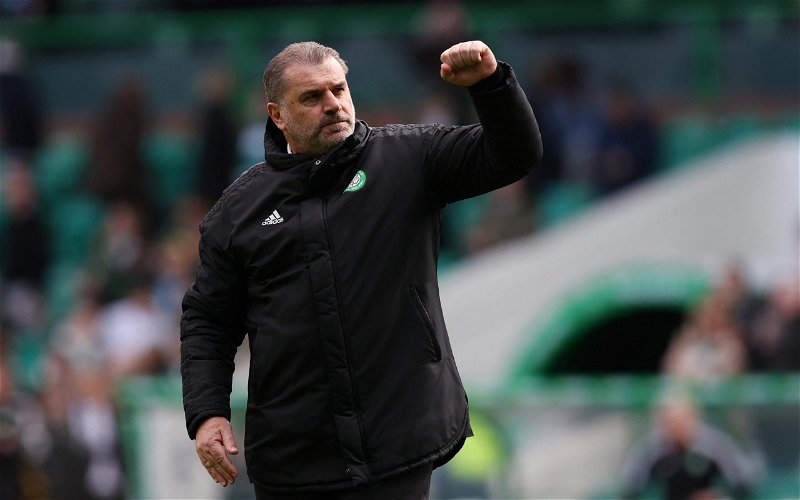 Just over half that sum would be required to get Jota and Cameron Carter-Vickers as the Australian continues his turnover and revamping of the Celtic squad.

There is a perception that Celtic are tight with transfer funds but in an interview at the online December 2020 AGM Peter Lawwell claimed that £35m had been spent over the previous 14 months.

Loan fees were spent on Shane Duffy, Moi Elyounoussi and Diego Laxalt with only Taylor and Turnbull contributing to the side that Postecoglou has taken to the brink of a title win.

Hartson has watched this season’s turnaround from close range, asked on Go Radio about Postecoglou getting a £20m transfer budget, The Sun reports the Welshman saying:

Yeah, he will get that. He will need that to get Jota and Carter-Vickers over the line if they are to get both of them. After last season, it was important that Ange got the recruitment right for the challenge ahead.

They will back him now because he has already shown his signings have done very well.  Managers want to go and achieve things at the very highest level.

Ange won’t want to rest on the fact that he’s only been here a year and won two trophies. He’ll want to improve Celtic at the highest level, like Rangers have done over the last three years. I think Ange holds all the cards now, they’ve GOT to back him.

The Champions League is massive in terms of being a draw for players. All players want to play Champions League and you can’t help think what a difference that £40million could make, possibly more if they go through to the knockout stages.

So, when you think of that, and Ange goes and says, ‘I want this and I want that’, then you have to think that Celtic will back him.

It releases funds for a top-class manager like Ange, who has proved in his first season he’s somebody they really trust and believe in.

This week it has been confirmed that the winners of the SPFL will go straight through to the group stage of the Champions League.

Hartson joined Celtic in August 2001 ahead of the Champions League qualifier against Ajax that took the hoops into the group stages for the first time.