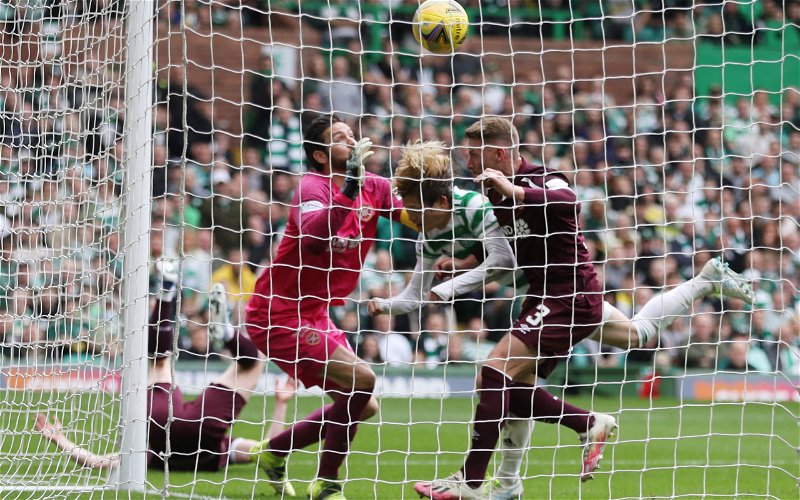 It seems that an official getting a decision right in favour of Celtic is more newsworthy than a wrong decision denying a goalscoring opportunity.

On Saturday Hearts were bleating about a tackle midway inside the Celtic half that broke up play which led to Daizen Maeda putting the ball into the Hearts net.

That equaliser seemed to jar at a few nerves with even Celtic’s second goal attracting criticism.

Scottish football doesn’t employ goal-line technology but the Sky Sports cameras clearly showed that Kyogo Furuhashi’s header had crossed the goal-line before it was clawed clear by Craig Gordon.

I think it’s about a millimetre over the line. How the linesman from 40 yards away can 100 per cent know that’s over the line, I’m not entirely sure. We’ll have to give him it as a good call.

He was winding me up coming out for the second half, saying: ‘Good decision, good decision, eh?’ I was like: ‘Oh right, so it’s like that?’ Fair enough, he backed his call. I thought I’d saved it.

During the second half the other assistant referee wrongly flagged for offside when Liel Abada sent Jota through for a one-on-one with Gordon.

This too was given as offside earlier in the season. pic.twitter.com/JMZbwbzu1h