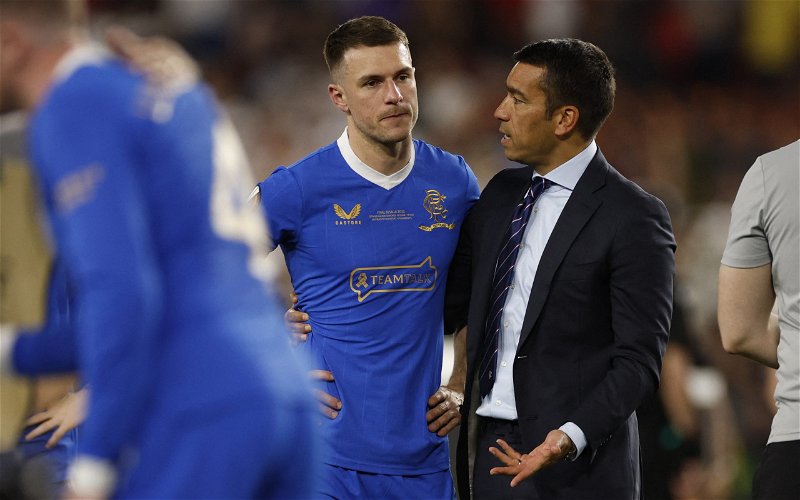 Rory Wilson has announced that he is quitting Ibrox at the first opportunity.

The 16-year-old striker has been getting the full Billy Gilmore/Ross McCrorie/Nathan Patterson treatment but now that he can sign a professional contract he is dumping Murray Park and heading to an un-named English club.

It seems that the lure of working under Giovanni van Bronckhorst for the Europa League runners-up has limited appeal for Wilson who has come through the ranks at the highly acclaimed Murray Park Academy for Starlets.

Speaking to The Sun, Wilson said:

Rangers have been brilliant for me, there’s no getting away from that but it’s time to move on and get to the next level.

I’d like to thank Rangers for everything they have done for me because it’s been great for me over the last eight years, but it’s time to leave.

I’ll probably be going down south. We’ll wait and see what happens in the next couple of weeks. Everything will be sorted very soon.

At Rangers, all the coaches have been fantastic for me. I can’t thank them enough for their help. I want to go down south and try and prove myself and become a top player and that’s what I am going to do.

Wilson’s next club will pay a standard compensation fee based on the years that the teenager has been training at Murray Park.

Next week Connor Goldson, Steve Davis, Leon Balogun and Allan McGregor will be out of contract.