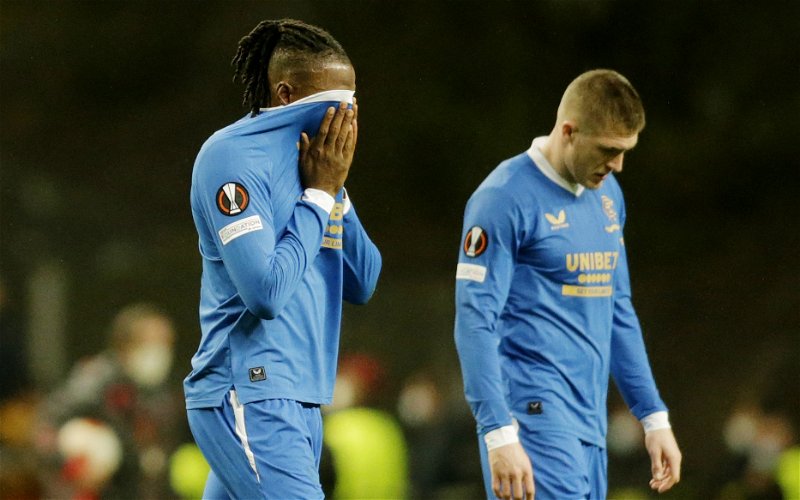 Calvin Bassey’s hopes of moving to Aston Villa in a £25m have ended with Steven Gerrard’s club announcing that a fee in the region of £26m has been agreed with Sevilla to take Diego Carlos to Villa Park.

Apparently Aston Villa’s need for a central defender would see a Kieran Tierney type fee offered for Bassey but that wish is dead in the water tonight.

Gerrard was tipped by elements of the Scottish media to raid Ibrox in January but wisely steered clear of the stars from the second best team in Glasgow.

Bassey is believed to be on a basic wage of around £5,000/week following his summer 2020 move from Leicester and has two years still to run on that contract.

Aston Villa can confirm the club has reached an agreement with Sevilla FC for the transfer of Diego Carlos for an undisclosed fee.

Aston Villa have reached an agreement to sign defender Diego Carlos from Sevilla. The 29-year-old Brazilian centre-back is now set to travel to England for a medical and iron out personal terms on a £26m transfer.

Carlos, who played 136 matches for Sevilla, helping them win the 2020 Europa League, had been in talks with Newcastle during the January window, but a deal could not be reached.

“Aston Villa can confirm the club has reached an agreement with Sevilla FC for the transfer of Diego Carlos for an undisclosed fee,” a Villa statement read. “The player will travel to England in the next few hours to complete a medical and finalise personal terms.”

Carlos joined Sevilla in the summer of 2019 from French club Nantes and was part of the Brazil squad which won gold at the Tokyo 2020 Olympics. “Sevilla FC would like to thank the player for his work during all these years in Seville and wishes him the best of luck in his new journey,” a statement from the La Liga club read.

Connor Goldson, Steve Davis, Allan McGregor and Leon Balogun will all be out of contract next week.

Aston Villa are ready to step up their pursuit of the Rangers defender Calvin Bassey after his standout season in which he starred in both the Europa League and Scottish Cup finals https://t.co/HoCEi4AC5S