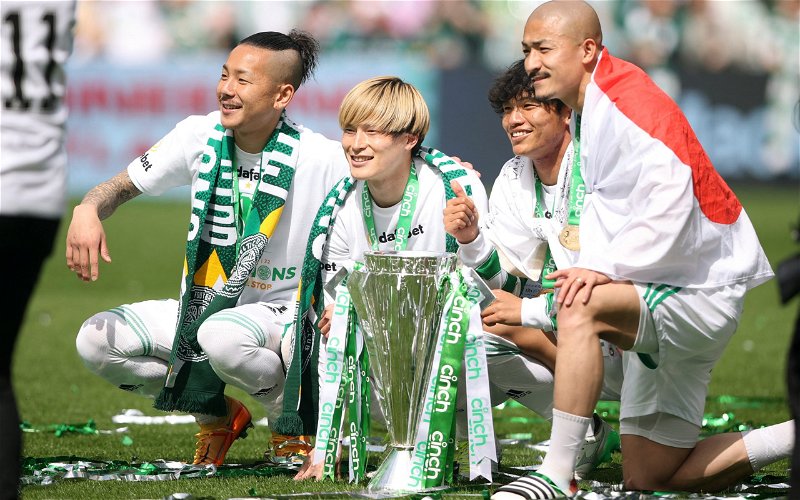 Kyogo Furuhashi and Daizen Maeda have been named in a 28 man squad for Japan’s four international friendlies next month.

The internationals represent a continuation of Maeda’s marathon season but after four months out with a hamstring injury the opportunity to get some game time will probably be welcomed by Kyogo.

The #SamuraiBlue‘s oversized squad for its June friendlies:

That is by my count 28 players, just six of whom belong to J.League clubs (and only four of whom are outfield players).

Only one first-time call up in Hiroki Ito, who’s impressed during his loan at @VfB_int.

Reo Hatate was involved in the Japan squad that qualified for the World Cup Finals in March but after discussing the impact of switching almost directly from the J-League to the SPFL he will have the benefit of a six week break before joining Celtic for pre-season training towards the end of June.

Scotland have international matches on June 1, 8, 11 and 14 plus June 5 away to Wales if they beat Ukraine on June 1.