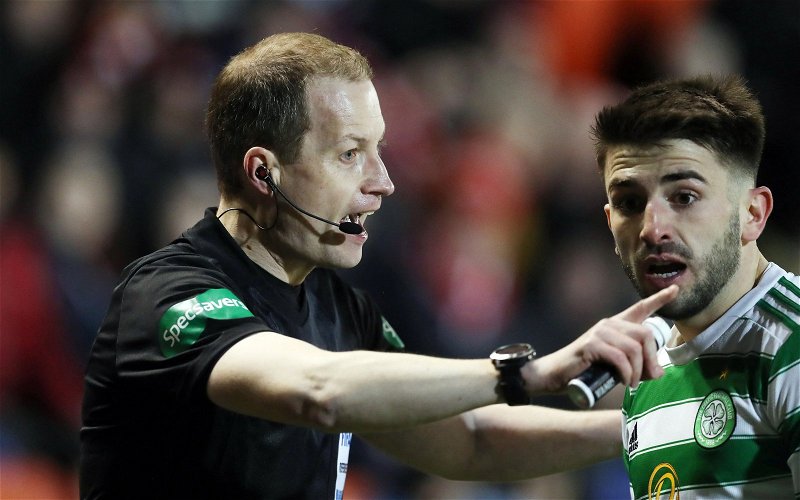 Two former referees have called on Willie Collum to step down from refereeing.

The Lanarkshire based referee took charge of his first Glasgow derby in October 2010, yesterday he refereed the Scottish Cup Final for the fourth time.

There were no major controversies but in typical fashion Collum gave a high number of baffling decisions that seemed to upset both sides in equal measure.

At the age of 43 it is unlikely that Collum will walk away from a very lucrative part-time job with little known about how referees are assessed by the SFA.

Picking up on a podcast by Steve Conroy and Des Roach the Daily Express reports:

Conroy said: “Inconsistent decisions later on in game were reflective of his fitness and his reading of the game. It was two games too far for Willie at the end of the season.”

While Roache said: “For me, as much as the final was relatively incident free I thought Willie Collum got the small infringements wrong. That irritated the players.

“He looked heavy legged as the game progressed and did not look not look as fit or sharp as required. It was experience that got him through the game. I think the Arbroath game and the Cup Final were too much – he should bow out at the top.”

Collum was selected to referee at the 2016 European Championships but was dropped after the first batch of matches.

In the season just finished he was restricted to Europa Conference and Europa League matches, there were no Champions League ties but having taken charge of 50 matches this season it is difficult to see Collum stepping aside.