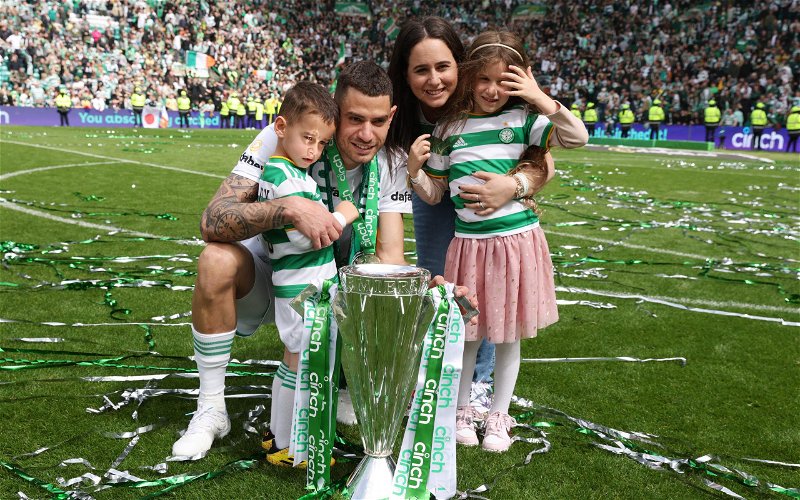 Nir Bitton has explained the timeline of his Celtic departure.

The midfielder was believed to be under contract until 2023 but following the second last home game of the season images on Instagram suggested that he could be about to leave the club.

Before presentation day Ange Postecoglou announced that Bitton and Tom Rogic were leaving the club, bringing to an end almost 20 years of service during the most successful domestic era that the club has ever known.

The duo were given a great send off as they took the SPFL trophy out to hand over to Callum McGregor before waving farewell to the place that has been home and the scene of many celebrations over the last decade.

Speaking to Sport 1 of Israel he said:

I signed a new contract in 2019. I just finished it after three years. They had an option to continue the contract and they offered me a new contract not on the terms of the option. As far as I’m concerned, it’s not about money. I just got some kind of extraction. I won everything there, I played in all the possible competitions against the biggest players and I want to experience something different, whether it’s abroad or if it’s in Israel.

The week before the official announcement of the departure was very difficult for me. I cried a lot. I’d see videos and the tears would come out. It’s a club I’ve spent my entire career in. I’ve been through everything there: wins, sad moments, injuries, titles… I’ve seen my whole career go before my eyes in a few moments.

In the last game, which was also a coronation game. I sat on the bench before the players came up and there was an exciting atmosphere. And when the Celtic crowd sang You’ll Never Walk Alone with the scarves in the air I cried and couldn’t control it. I owe Celtic a lot for the trust and everything they have given me in my career and life. I will stay a Celt forever.

Celtic made preparations in January for the departures of Rogic and Bitton when Reo Hatate, Yosuke Ideguchi and Matt O’Riley were signed up.

The next clubs for the departing duo has still to be announced but they’ll both be very welcomed by the fans any time that they decide to turn up at Celtic Park.