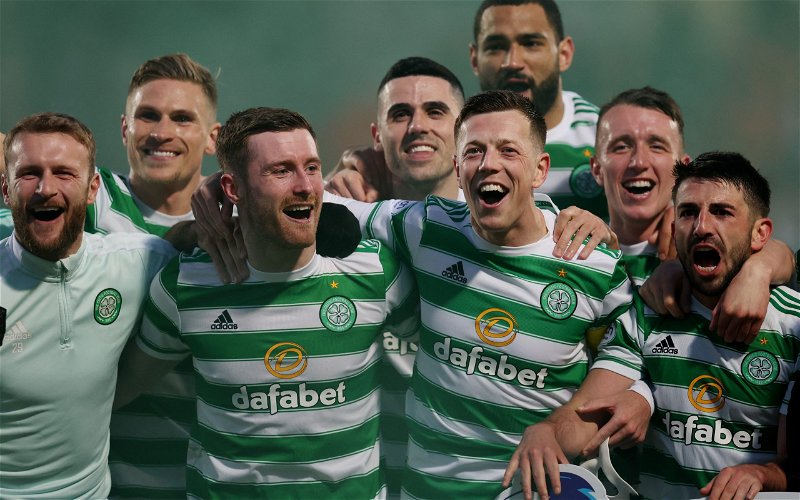 As a lifelong fan Tony Ralston has enjoyed quite a few trophy celebrations.

During the Quadruple Treble years he had a fringe roll as 12 successive domestic trophies were delivered to Celtic Park.

Last night he was front and centre of the celebrations on and off the park as Celtic delivered the SPFL Premiership trophy.

Way back in August he opened Celtic league account with a goal at Tynecastle but that strike was fully eclipsed in December when he headed home a 97th minute winner away to Ross County.

At that time it was speculated over just how significant that goal might be- last night thousands turned up at Celtic Park to celebrate it as the champions returned from Dundee.

Ralston turned in a man-of-the-match display, setting up the goal for Giorgos Giakoumakis then clearing one from the toes of a Dundee United player to the relief and joy of Joe Hart.