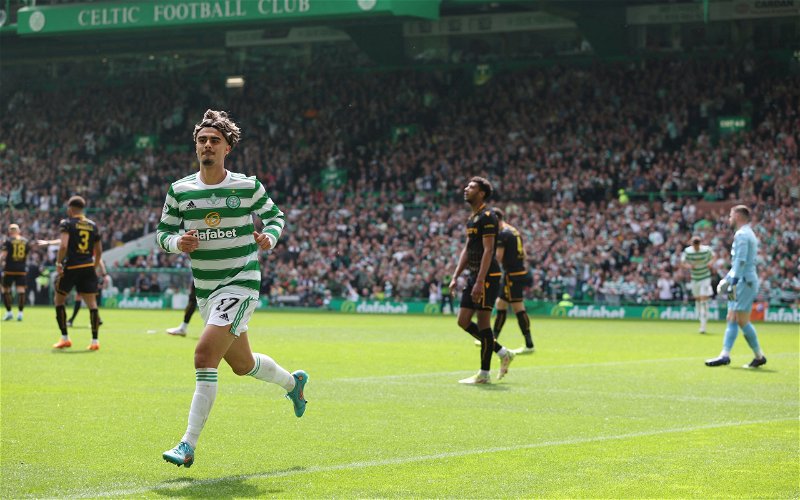 It sounds like something from a comic book but apparently Jota took part in a kickabout with some Celtic fans yesterday- in New York!

The winger was spotted by a Celtic fan on Saturday and stopped for a selfie but yesterday Matty O’Neill went a few steps further, much, much further.

Without revealing the full story it seems that somewhere in New York a group were short of a few players, and it just so happens that Jota was there in a Celtic shirt along with a pal that plays in Cyprus.

Had a game yest, needed players so asked couple lads that were there to play…… it was Jota from Celtic and some pro playing in Cyprus ??. We played then kicked around for 2 hours after and then had a couple of pints with the lads talking pure football. Top guys! pic.twitter.com/0Xr8V5tFQv

Presumably Jota has insurance to play football while on holiday, one slip or twist could have led to more unfortunate headlines.

While he was enjoying a kickabout in New York Celtic fans are still looking for signs that he will be returning to Scotland for next season.

Various snippets have suggested that the wheels are in motion towards a permanent move but the official announcement will be celebrated by fans from Glasgow to New York and a few places in-between.

Jota just cutting about on holiday in the Hoops. That’s as good a sign as any that he’s signing permanently. What a guy ????