Celtic have finally managed to ditch Boli Bolingoli with the defender joining Belgian side Mechelen.

Three years ago, as the club was preparing to sell Kieran Tierney, they splashed out a fee of around £3m for the wing-back from Rapid Vienna. Telling as he spoke to Celtic TV Bolingoli admitted that he had yet to speak to Neil Lennon.

After drawing 1-1 away to Cluj Celtic looked in good shape to progress into the Play Off stage of the Champions League. Lennon wasn’t convinced by his left-back, Bolingoli sat on the bench with Callum McGregor at left-back in a disastrous 4-3 defeat. 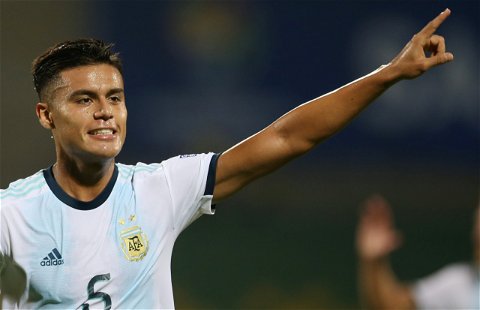 Serious offer is made for Celtic target Fausto Vera

Celtic hold talks to arrange their first ever Tour of Japan

There was to be one great highlight for the Belgian, lining up alongside a new look defence of Hatem Abed-Elhamed, Chris Jullien and Nir Bitton the hoops went to Ibrox at the start of September, winning 2-0 to the delight of 800 away fans tucked in the corner.

By the time lockdown came along Johnny Hayes and Greg Taylor were contesting for the left-back slot. When Lockdown came around Bolingoli took a flight to Spain- the first of many mistakes that contributed to a truly disastrous season.

Now after two loan spells and two appearances under Ange Postecoglou an eventful three year ‘career’ is over.

Alongside Vasilis Barkas, Ismaila Soro and Albian Ajeti, Bolingoli will be remembered for a disastrous downturn in Celtic’s transfer activities that was only ended last summer when Postecoglou arrived with purpose and ambition.