Paris Saint Germain are looking for a Jota type deal for Edouard Michut.

The midfielder has made a handful of substitute appearances in Ligue 1 but is very much in the project bracket.

Under Ange Postecoglou there has been a distinct shift in Celtic’s transfer policy with players in the 24-27 age bracket recruited that are ready to go straight into the first team rather than hopeful punts on players ‘bubbling under’ at top clubs. 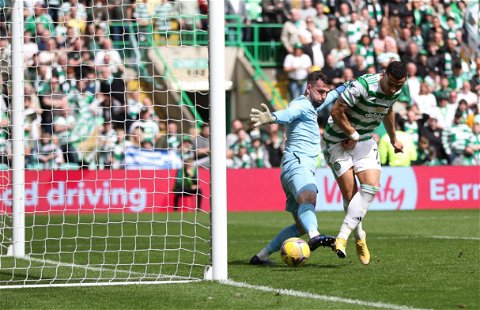 Mystery over the 'disappearing' SPFL trophy

Apart from Jeremie Frimpong there hasn’t been many success stories in recent years, under Postecoglou Giorgos Giakoumakis, Josip Juranovic, Carl Starfelt, Kyogo Furuhashi and Daizen Maeda have been brought in in their mid-twenties to make an instant impact.

On July 1, after a successful loan season Celtic signed Jota from Benfica for a fee reported to be around £6.5m with the Portuguese side due 30% of any future transfer profit.

While acknowledging that Michut is a talented player Ange Postecoglou quickly distanced Celtic from a move for the slightly built 19-year-old midfielder.

Miguel Delaney of The Independent reports:

Paris Saint-Germain have set a price of €6m with a sell-on clause of 25% for highly-rated Celtic target Edouard Michut.

The 19-year-old is a supremely polished midfielder who is not yet seen as ready for French football, but would fit Bhoys boss Ange Postecoglou’s approach.

Celtic have been linked with Fausto Vera of Argentinos Juniors with a holding midfielder appearing to be the priority position for Postecoglou to strengthen.

In less than two months time Celtic return to the Champions League which isn’t the sort of level to try out younger prospects.