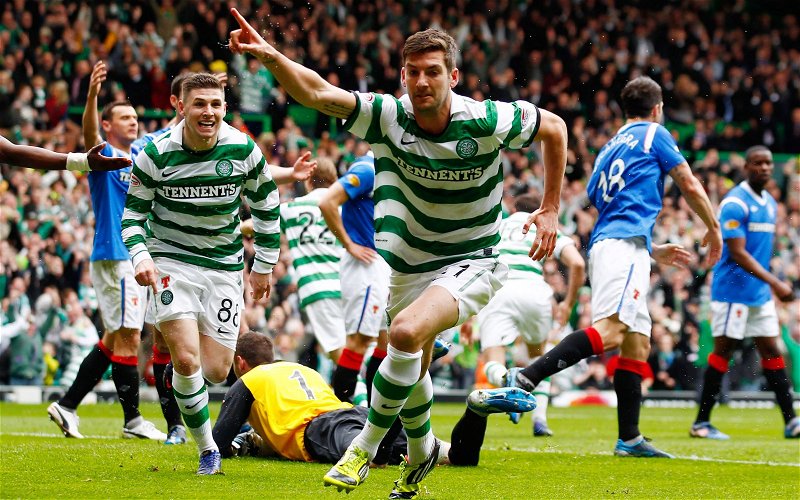 Pre-season friendlies are all about getting match fitness and dusting off the cobwebs from a month or two enjoying some sunshine and holidays.

Away to Banik Ostrava on Wednesday Celtic lost a soft goal in the opening 10 minutes then bounced back to run out 4-2 winners. Against Blackburn Rovers today Celtic were a goal behind within 30 seconds.

It wasn’t rustiness that caught out Charlie Mulgrew in the friendly against Sunderland, without Ben Siegrist he has a relationship to build up with new keeper Carljohan Eriksson.

The former Celtic defender was a bit too lively with a pass-back and committed the cardinal sin of not playing the ball wide of the post but it is hard to explain Eriksson’s positioning as he raced back from 35 yards out to try and stop the ball finding the net.

United lost the match 2-0 but in a fortnight’s time Mulgrew will be raring to go for the start of the new season. Last term, alongwith Siegrist, United enjoyed a home win and a draw against the Tribute Act with Celtic winning the SPFL Premiership title by four points.