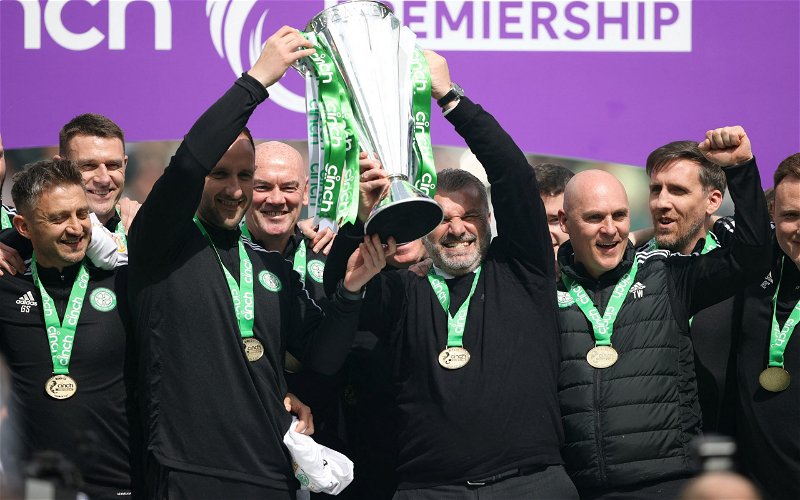 John Kennedy has been linked with the managerial vacancy at Midtjylland.

The Danish side have made a faltering start to the season with five points from four matches not saving Bo Henriksen from the sack five days before the Champions League qualifier against Benfica which was lost 4-1 in Lisbon.

Kennedy has been involved with the management of the Celtic first team since 2014 and while he’s likely to move into management at some stage it would be a surprise if he took the plunge outside of the UK.

FC Midtjylland can get the first foreign coach in the club’s history.

According to the BT podcast Transfer window , the 38-year-old Scotsman John Kennedy is a name that haunts Heden, where Claus Steinlein and co. who is known to be looking for a new head coach in the wake of the dismissal of Bo Henriksen.

John Kennedy is an assistant coach to Ange Postecoglou at the big club Celtic, and he has spent most of his 38-year life at the club, where he has been a player, scout, assistant coach, youth coach and head coach.

In 2021, he was acting head coach for a short period, and it resulted in four wins, four draws and two defeats in the 10 matches he had as a substitute – both defeats were to arch-enemies from Rangers FC.

According to the BT podcast, John Kennedy is a name being investigated at FC Midtjylland, but it is not more concrete at the moment. The Scot himself must be very interested in becoming the new head coach of the Danish vice-champions.

The BT referred to is a Danish podcast, unrelated to the British broadcaster.

Kennedy seems to have developed a close bond with Ange Postecoglou over the last 15 months, more importantly he has the respect of the Australian on the training ground and in the dug out.

Celtic played Midtjylland in a Champions League qualifier last July with the two clubs also involved in the transfers of Erik Sviatchenko.