Callum McGregor and Liel Abada are the only survivors from the Celtic side that started at Dundee United on Sunday that line up against Ross County tonight.

Ben Siegrist, Alexandro Bernabei and Aaron Mooy come in to start their first Celtic matches while there is a place on the bench for Sead Haksabanovic who only signed from Rubin Kazan last week.

The back four is the most experimental area of the side as the hoops set out on their defence of the trophy won at Hampden last December against Hibs. 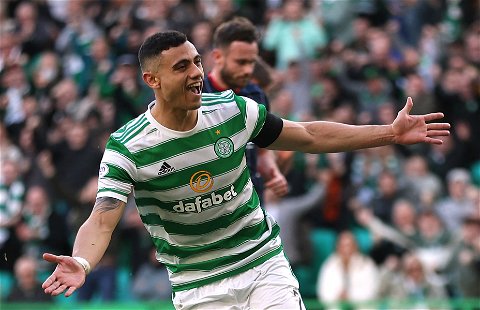 Giakoumakis sends out his message

Earlier this month Celtic beat Ross County 3-1 but it took two goals in the last 10 minutes to secure the points with Jota assisting for all three goals.

On Saturday County lost 4-0 at Ibrox with their only points for the season coming in the 1-0 home win against Kilmarnock.