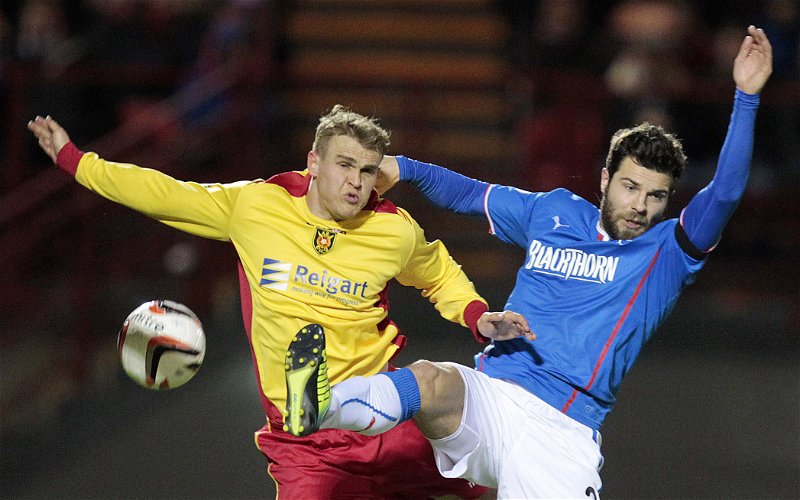 Richard Foster steered dangerously off message as he joined the Radio Scotland post-mortem of the Tribute’s Act defeat to Union SG on Tuesday night.

The former St Johnstone and Ross County star actually played for the original Rangers club in the Champions League but it looks highly unlikely that Zodac The Priest will be heard around Ibrox in the season ahead.

Delusions were sky high going into the match in Belgium despite the memories of Malmo a year ago being obvious in the team-sheet with Antonio Colak replacing Alfredo Morelos in attack.

The Croatian journeyman barely got a look at goal as the Union defenders strolled through the match to stand a very realistic chance of facing PSV Eindhoven or Monaco for a place in the Champions League Group stage.

If Giovanni van Bronckhorst can get his squad into the Play Off round they will pick up a £5m payment from UEFA plus the chance to fleece the gullible for more ticket money as they chase the £40m windfall that could transform the club.

The money that they got from Bassey, the money from the Europa run would be good, obviously it is good to keep them, it is always good to bring money into a club but Rangers really need that Champions League money.

I know that the players won’t have that in their mind, their goal was to qualify so that they get the opportunity to play in the Champions League. I know that but given everything that is on the line for this game I just thought that we’d have seen a structured, well-drilled performance from Rangers but they were just lacklustre.

BBC Scotland have just won a place back in the Ibrox media tent after a seven year stand-off.