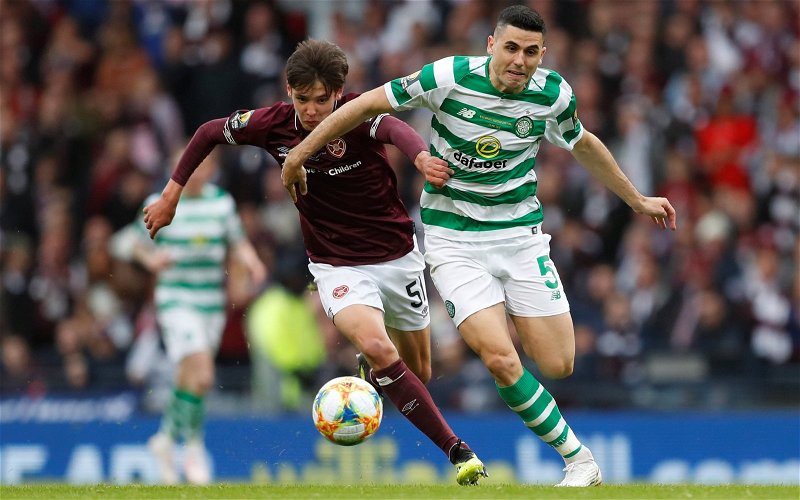 Aaron Hickey has been looking back at the critical period in his career that transformed him from a Celtic Academy prospect into a full Scotland internationalist with experience of playing in Serie A and the EPL.

In the summer of 2018 he had offers from Hearts and Celtic to consider, the two clubs that he had came through the ranks with.

Celtic’s Double Treble winners would have been the choice for most but taking a pragmatic view Hickey opted for Tynecastle, ending his first season playing against Celtic in the Scottish Cup Final. 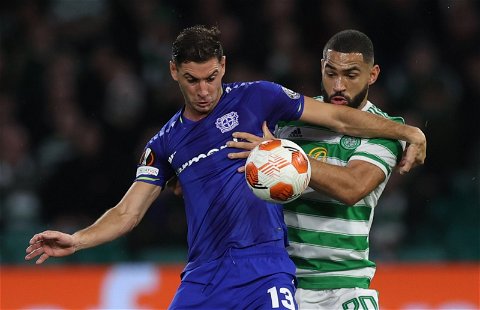 Karamoko Dembele had came off the bench against Hickey the previous week but at Hampden Craig Levein stuck with his 16-year-old and although he picked up a losers medal his career was up and running.

Looking back on his Academy path and the decision to turn pro with Hearts, Hickey told the Brentford website:

I started off at Hearts when I was really young – I would’ve been around ten when I joined and I stayed until I was 12. Then I went to Celtic because it was my boyhood club. I went there for a good four years.

Celtic offered me a contract, but I wasn’t playing much. I thought there would be a better opportunity for me to play at Hearts. Being young, you have to play football. You have to make the right decisions.

For years Celtic have been haunted by the Andy Robertson story, released by the hoops without the offer of a pro contract, now it seems that Hickey is on a similar path to the very top.

In August 2020 Levein told BBC Scotland that Celtic had made six offers to sign Hickey from Hearts.