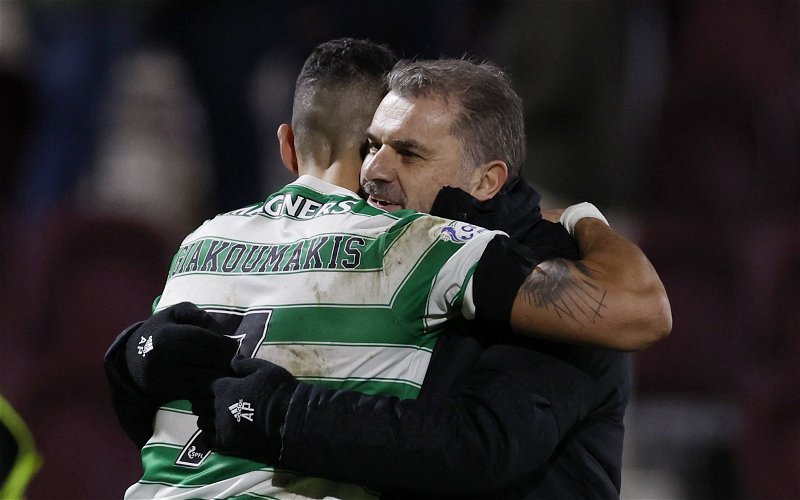 The striker has spent the last week on international duty, missing the match against Cyprus through suspension then last night’s win over Northern Ireland through injury.

Had the leg injury been serious Celtic would expect Giakoumakis to be returned to his club for treatment. 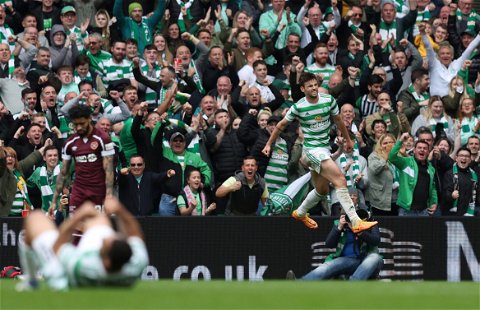 Poyet opted to retain the striker but when he named his side for the dead-rubber tie there was no sign of the Celtic man in his starting XI or among the 12 substitutes.

He had a small problem, and we couldn’t risk him. I don’t know how long. I think it’s not going to be long out, but if you ask me now, I don’t think he will play at the weekend in Scotland. So, he was not fit to play.

With the match against Motherwell the first of 13 that Celtic play before the World Cup break in November every player will have to be carefully assessed for fitness throughout that period.

Giakoumakis hasn’t started any SPFL matches this season but his 85 minute appearance in the Glasgow derby demonstrated his worth to Celtic.