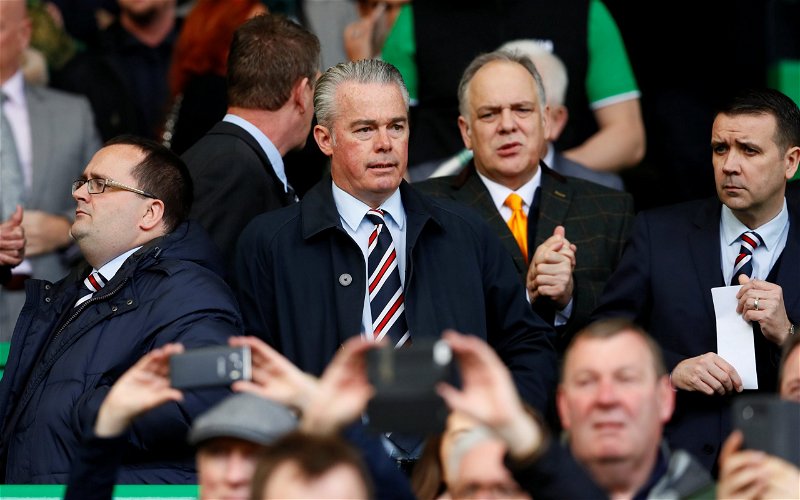 Paul Murray has opened up on his bid to regain a blazer through an American based investment plan for the 10-year-old Tribute Act.

The borders banker has forever been a hanger-on with potential investors in the clubs since his own wealth is firmly on the radar and unlikely to pay for more than a couple of weeks wages for Kemar Roofe.

The Daily Record has almost always been Murray’s newspaper of choice for a very sympathetic hearing. Earlier this year the Record published the Paul Murray Diaries in which he constantly explained the personal sacrifices that he made to save the old club and the new one in return for a blazer, brogues and a seat in the Blue Room. 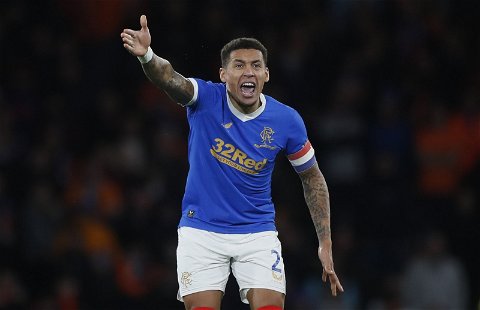 Dave Murray and Dave King both indulged the ‘former Deutsch Ban high-flyer’ but concerned about issues at the company in 2018 Murray walked away shortly before the arrival of Steven Gerrard as manager.

Recently Murray has made contact with Kyle Fox, an American business-lady looking to invest in a European club.

Over a couple of dinner dates in London, Murray has shared his plans to recapture a blazer, pointing Ms Fox towards the key shareholders looking to bail out and how they can achieve their shared goals.

Rangers are seeking compensation from Ms Fox’s company KRF Capital for damage to its “business relationships, goodwill and reputation”. Ms Fox says the action is “frivolous” and that her actions have been “misrepresented”.

Mr Murray has said in legal documents seen by the Herald on Sunday that Ms Fox had an interest in her company acquiring a European football club and admitted that he “offered to help her explore a potential acquisition of a stake in the club and put her in touch with board members and shareholders.”

He said he had introduced Ms Fox to the board’s deputy chairman before she made a takeover bid.

Ms Fox initially offered to buy at least 75 per cent of Rangers at 25p per share — valuing the club at £108 million — according to documents submitted to a US court.

It would have needed a buy-in from several board members as 75% of the ordinary shares were held by ten shareholders.

He said board approval was not necessary to buy the shares. But this, too, was rejected.

Mr Murray says that after discussions with himself and other shareholders, Ms Fox felt comfortable that owning a minority 25% stake would have made her the club’s largest shareholder he said would be sufficient to accomplish her investment goals. The offer was also for 40p a share with the same commitment to invest £75m.

But he said that “given my familiarity with the board and the club’s every recent history – sometimes characterised by rocky relations with and mistrust of outside investors – I advised Ms Fox that being open and transparent with her acquisition plan and seeking the board’s recommendation and blessing of the proposal, as a courtesy, would be the ideal course of action to make shareholders feel comfortable.”

Mr Murray said that the board remained in the position that it did not have an interest in Ms Fox’s July proposed acquisition of the shares.

He said: “At that time, I was in discussions on Ms Fox’s behalf with certain large Rangers shareholders who were interested, in principle, in selling their shares at her offered price of £0.40p – which would have given Ms Fox a plurality ownership of Rangers. These shareholders remain interested in Ms Fox’s proposal.”

There is one shareholder in South Africa who will be incredibly agreeable to an offer of 40p per share, for more than two years he has been trying to squeeze Club 1872 into buying up at 22p per share.

The minute the phrase due diligence is introduced any deal will be off.