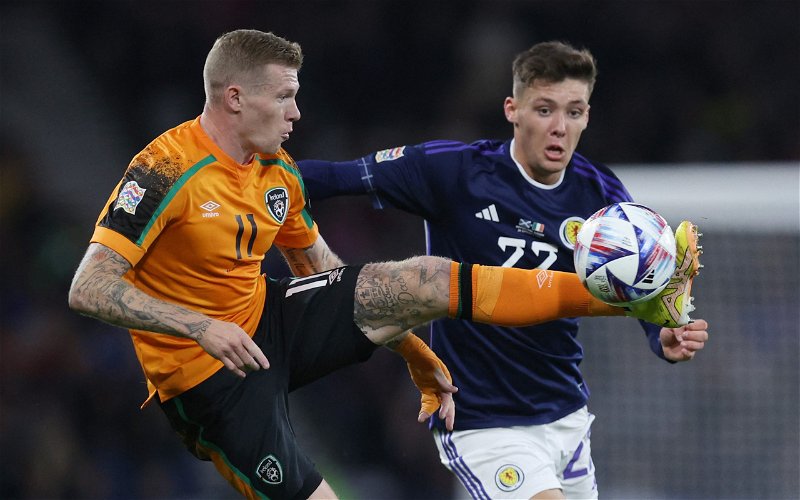 The fun loving Tartan Army were in top form at Hampden last night as Ireland visited for a Nations League tie.

According to both traditional and social media the Scotland support is made up of salt of the earth characters drawn from all parts of the country, following their team near and far while generating international goodwill with their acts of charity.

Last night they seemed to have a particular issue with James McClean, a wing-back at Wigan Athletic who is usually out in front when it comes to helping others out with regular charity donations, helping families out that require foreign medical help for kids. 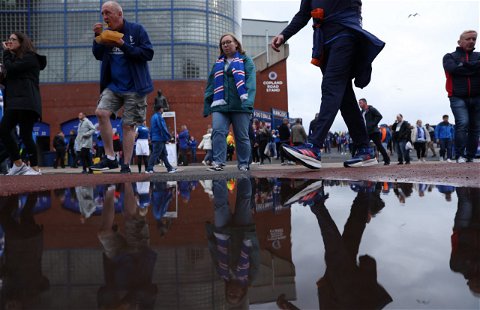 Report reveals that £23m has been spent on Ibrox in areas that fans might not see!

Could there be something else about McClean that upsets the kilt wearing fans with the white shirts and Glengarry hats.

There was a very clear sign of venom in the air at Hampden last night, a real antagonism as thousands of Jocks booed and jeered Grace and The Fields of Athenry.

Beyond their obsession with all things English it seems that the Scotland fans don’t really have much to identify with and sing about.

In midweek they’ll be back on their travels, visiting Poland and no doubt resuming their Goodwill Ambassadors role.

In 1987 I attended a Scotland v Ireland Euro qualifier at Hampden. I went as a Scotland fan but was disgusted by the Rangers end turning it into a sectarian fest.

When Ireland scored the winning goal, like many around me (in Celtic End), I cheered.

Booing The Fields and Grace too!

Am auld enough to have witnessed Scotland fans booing Celtic players in the Scotland team .