Celtic have been given clearance to make an offer for Afsha- whether the hoops are interested in the Al Ahly playmaker or not remains to be seen.

Apparently an offer from a Turkish club was accepted in August before personal demands saw the deal fell through with the player being billed as the next big thing to come out of Egypt and being tagged alongside Mo Salah.

Reports of Turkish transfers are generally handled with a pinch of salt with clubs from Istanbul apparently linked with swoops and scoops all year round.

Picking up the latest from Egypt, the Daily Record reports:

Al-Ahly have handed Celtic a major boost in their reported pursuit of Egyptian midfielder Mohamed “Afsha” Magdy – with the club reversing their hands off warning and naming their price.

The Egyptian side accepted a £300,000 bid for him in August from a Turkish side but his form since then has seen his value increase more than ten-fold. The Cairo club’s manager Marcel Koller insisted last week the player was not for sale under any circumstances and that appeared to be that for Ange Postecoglou and Celtic, who have reportedly been tracking him since 2020 and were recently claimed to have rekindled their interest.

The 26-year-old, an Egypt teammate of Liverpool ‘s Mo Salah, is tipped to become their next big import to European football after impressive recent performances and boss Koller is desperate to keep him. But his claim that he won’t be sold at any price has been walked back after a meeting at board level.

Club president Mahmoud Al-Khatib and Al-Ahly’s staff they have now announced he can leave if someone meets their asking price of $5million (£4.15m).

The club stated: “Following a meeting between the president and the football sector planning committee, it was agreed Afsha will not be sold for less than 5 million dollars.

“We believe it is a very appropriate amount for the player’s capabilities and also for the price of the transfer market at the present time and his agent was informed of Al-Ahly’s conditions. This was done with the blessing of the technical staff and manager Marcel Koller.”

Do you think that Afsha will join Celtic in January?

Yes, he seems to have caught Ange's attention 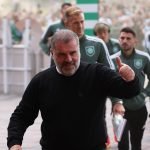 No, seems like someone trying to drum up interest 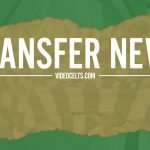 Celtic have never signed a player from Egypt before but during the summer Ange Postecoglou signed Alexandro Bernabei from Argentina with Alistair Johnston from Montreal CF strongly tipped to be Celtic bound.

The Australian has said that he will scout in rarely used markets with Afsha falling into that category.