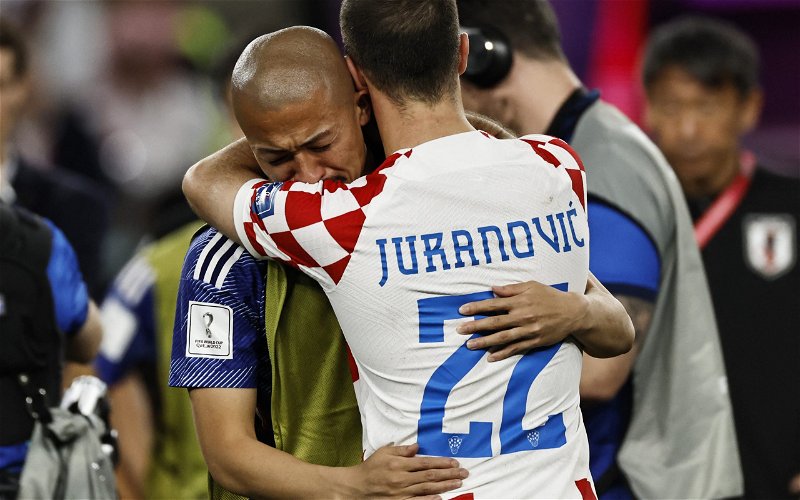 Daizen Maeda experienced the highest and lowest moments in his international career today.

Shortly before half time the Celtic striker instinctively popped up in front of goal to put Japan into the lead against Croatia and within reach of a place in the quarter-finals.

Lovely touch from Josip Juranovic to pass on commiserations to Maeda. Gutted for Daizen, had a very good tournament and was brilliant today #JPN pic.twitter.com/ADrFQzBwn7

Josip Juranovic had a hand in the Croatian equaliser when Ivan Perisic sent a brilliant header low into the net after 55 minutes with Maeda substituted nine minutes later.

Croatia looked the more likely to find a winning goal but Japan took the game to extra-time then penalties where they literally collapsed with some awful efforts from 12 yards out.

While Maeda prepares to pack up and head for home Juranovic has a quarter-final match against Brazil to look forward to.

It looks like it will be the end of the year before Ange Postecoglou gets his full squad together with Maeda and Juranovic reunited in their club colours.