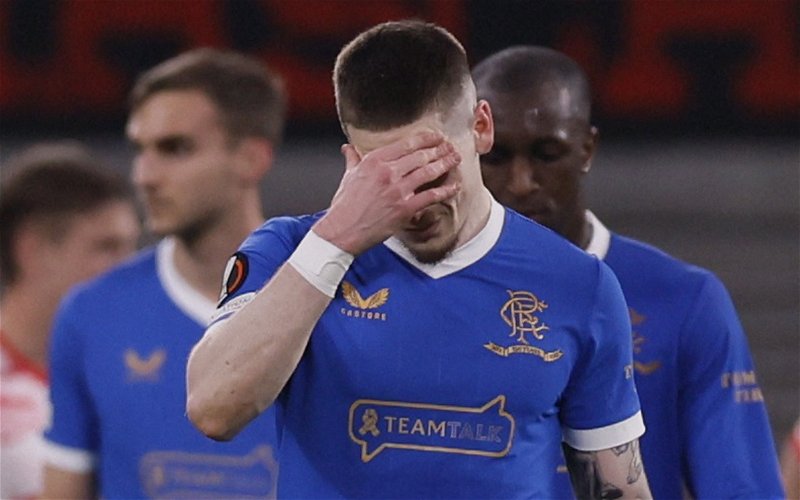 Douglas Park has admitted that his club can’t afford to meet the wage demands of Ryan Kent and Alfredo Morelos.

The two players are out of contract in May with previous moonbeam stories of £20m bids being rejected for both players.

When any first team player enters the final two years of their contract hard questions have to be asked, if an extension isn’t likely players have to be moved on before they get into the last 12 months.

In the final year of a contract the player has almost complete control, running things down to D-Day when they can walk away as free agents.

Ross Wilson gave the usual diplomatic answers on how things stood but out of nowhere Park gave the game away.

One shareholder asked why neither had been sold last summer with the club facing the prospect of losing players who had been, in previous seasons, two of their most valuable assets.

“Ryan and Alfredo are in different situations but there is a willingness for the boys to stay with us from the club.”

He also revealed a bid for both had been knocked back due to not meeting the club’s valuation.

Wilson added: “Why didn’t they go in the summer? We’ve rejected one offer for both players on the basis the players were of more value and we went on to be league champions in that same season.”

Chairman Douglas Park then suggested that Rangers had made the best offers they could.

“The board tried to negotiate and sometimes if the terms are unattainable you have to accept you have done your best.”

Kemar Roofe and John Lundstram are believed to be the highest paid players at Ibrox. Ryan Jack, Filip Helander, Allan McGregor, Steve Davis and Scott Arfield are also out of contract with James Sands and Malik Tilman only at the club on loan.