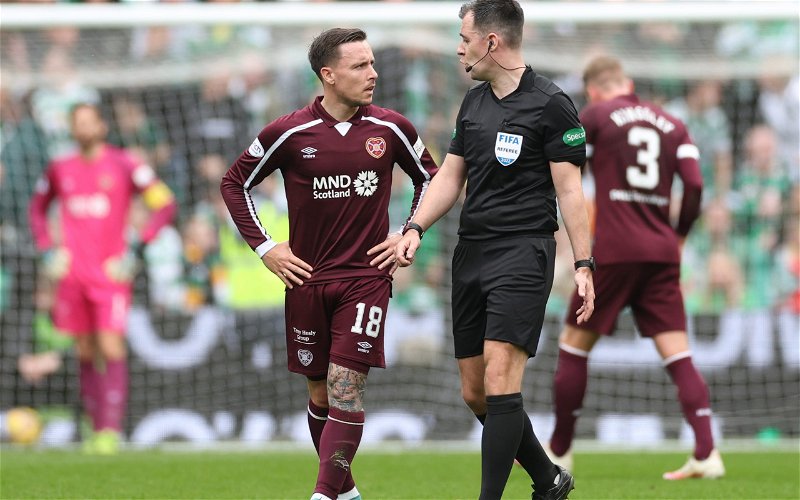 Don Robertson will referee Sunday’s match between Dundee United and Celtic- 13 months after he allowed Calum Butcher to escape with just a yellow card for a brutal attack on David Turnbull.

The Celtic midfielder anticipated the attack, getting his foot off the ground to avoid serious injury.

Butcher played on for the full 90 minutes but was hit with a three match SFA ban after they reviewed the incident that Robertson judged was only worth a yellow card.

A month later Yosuke Ideguchi was on the end of a similar challenge from Mo Niang of Alloa. Again Robertson felt that the foul only deserved a yellow card, again the SFA upgraded that to red with a retrospective red card issued.

Robertson has refereed three Celtic matches this season, all away from home, on Sunday he was in the middle for the Hibs v Hearts Scottish Cup tie.

Euan Anderson will be on VAR duty for Sunday’s match.