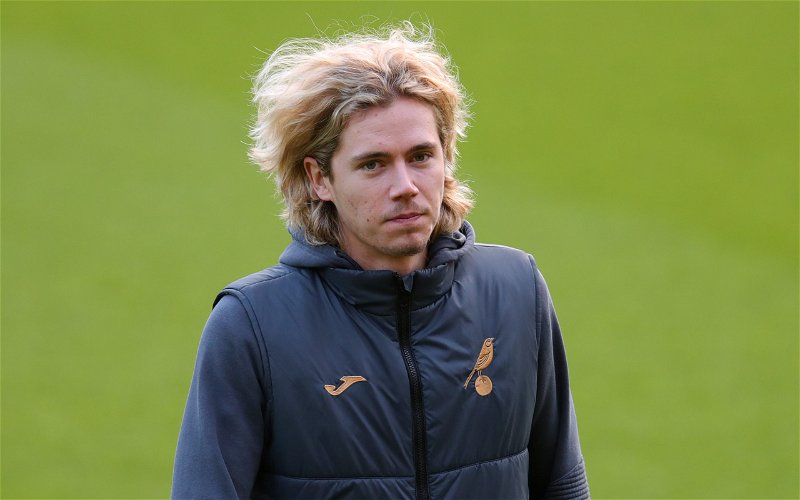 Three weeks after Micky Beale gazed deep into his eyes Todd Cantwell has finally agreed terms to move to Ibrox.

Apparently he was quite good in season 2019/20 when Norwich were relegated from the EPL but since then he seems to have switched off with his wonder-boy tag fading fast.

Last season Dean Smith was happy to send the midfielder on loan to relegation rivals Bournemouth who sent him back to Carrow Road without making any attempt to make the move permanent.

March 2021 was the last time that Cantwell scored a goal, even the most pedestrian of midfielders tend to pop up with one or two a season.

This season Cantwell has started nine matches for Norwich, 13 less Championships games than Kenny McLean but from tomorrow he’ll put his trust in Micky Beale’s incredible training sessions to revive his career.

you won’t be missed mate

Legend??? Certainly not. He certainly got more from this football club than what what the club got out of him. The last two years have been a nightmare for the club. 25k a week for virtually nothing from him.

How much did we get for him? Take Hanley too freebie