Daja-vu for Mackay as Graham Taylor moves in at Watford 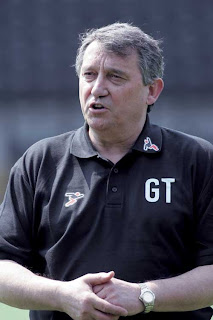 Watford’s financial stalemate must seem like a worrying case of deja-vu for Malky Mackay.

The Watford boss was a Celtic player in 1994 when the power struggle that ousted the bad guys was completed with Fergus McCann coming to power after a long drawn out saga that put the club on it’s knees.

Mackay has worked wonders at Watford, putting the club in contention for a play-off spot against a board room battle that last night saw Jimmy Russo resign as chairman in anticipation of being voted off at the club’s AGM.

Shades of Brian Dempsey, ‘the pact’ and the other shenanigans that was a feature of the Celtic boardroom in the early nineties.

It was Russo that appointed Mackay as manager in the summer and provided the club with funding to remain in business although a further £5m is required to keep the club in afloat until the end of the season.

Russo was about to be ousted by some former directors but clearly still has a major role to play at the club having guaranteed £4.88m since returning as chairman in March 2009.

Despite a recent season in the Premiership and having Elton John as a club patron Watford seem totally unable to balance the books.

Former England manager Graham Taylor has once again become involved, taking over as chairman last night, and will hopefully broker a deal to keep all parties happy.

Taylor was the manager that took Watford to the 1984 FA Cup Final after climbing the divisions but unless their current problems are resolved they could follow local rivals Luton Town out of the Football League.

“We are at a very crucial time in this club’s future, it goes without saying,” Taylor admitted.

“We have to face up to it, we are threatened with administration and the demand from Jimmy and Vince (the Russo brothers) for their money to be returned will put us into administration.

“I make no bones about saying that because that is a reality. They did put the money into the club and they will have their side of the argument but at the present time, by demanding their secured loans, unless somebody comes to our rescue, Watford will go into administration.”

In the meantime Mackay must get on with managing the club without the chairman that appointed him.

The sale of players that he undertook during the summer will be continued next month with goalkeeper Scott Loach, an England u-21 international, expected to fetch £3m.