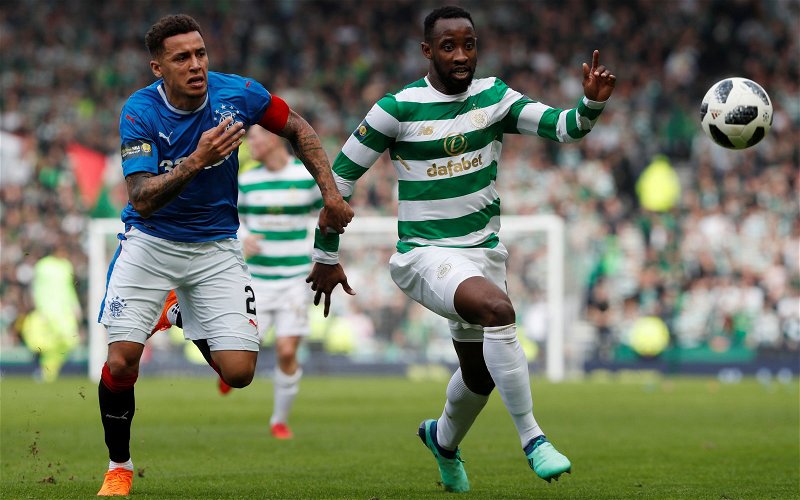 He wore the armband of dignity but after losing 4-0 to Celtic James Tavernier felt disgusted and embarrassed.

On Sunday morning he was telling the world how he wished that he could play in ‘Old Firm’ games every week.

By 5pm at Hampden the Sevco skipper was dreading a re-match with the hoops as he looked around a dressing room as broken as the prospects of his caretaker manager.

A 0-0 draw at Celtic Park and plucky 3-2 defeat last month at Ibrox had set off predictable delusions that the gap between the two Glasgow clubs had closed. Hampden proved differently.

Tav signed a contract extension in February and talked of winning trebles and playing in the Champions League- after yesterday a move to Celtic seems as far away as ever for the former Wigan Athletic journeyman.

“It was embarrassing,” he told the Daily Record. “The bare minimum we ask for is fight, passion and energy and we just didn’t show that.

“It was embarrassing to come off that pitch after a performance like that.

“I can only apologise. It’s unacceptable for the fans. They turn out in their numbers and people who watched will be disgusted with the performance we put in and so they should. It was very, very poor.

‘Were there strong words said between the boys? 100 per cent but you’ve got to put them into action. We know we were way off it. It wasn’t good enough for this club or our fans.

“I can’t tell you why there was a lack of effort. It comes down to individuals. Ultimately, you come to Rangers to play in these big games and to stand out, show what you’re made of, and it wasn’t there today.”

Tav and his team-mates showed what they are made of, the same stuff as the Aberdeen team that they have beaten three times this season.