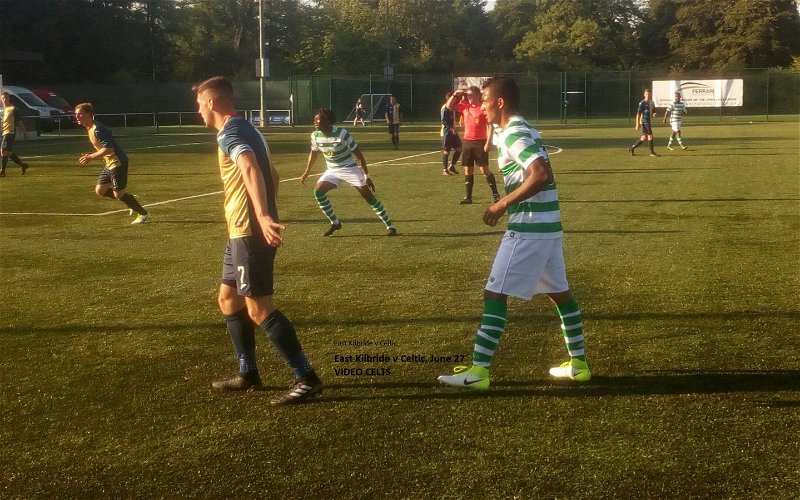 Celtic’s Development side lost their first outing of the season 2-1 to East Kilbride at the K-Park, home of the Lowland League side.

With Brendan Rodgers taking half a dozen of the younger players with the first team to Austria Tommy McIntyre’s team was bolstered by three trialists for the friendly.

It is believed that the trialists, two from Brazil and one from France, will remain with Celtic for the remainder of the week after spending some time last week training with the first team.

The left-back trialist perhaps looked like a young Emilio Izaguirre played the full 90 minutes, switching over to right midfield late in the match.

Celtic had a chance in the first minute when PJ Crossan was sent through on goal but his first time shot flew wide under pressure from a retreating defender.

East Kilbride showed the way to goal in the sixth minute when Craig Malcolm took control of a Ross McNeil through ball and slipped his shot past Ryan Mullan. 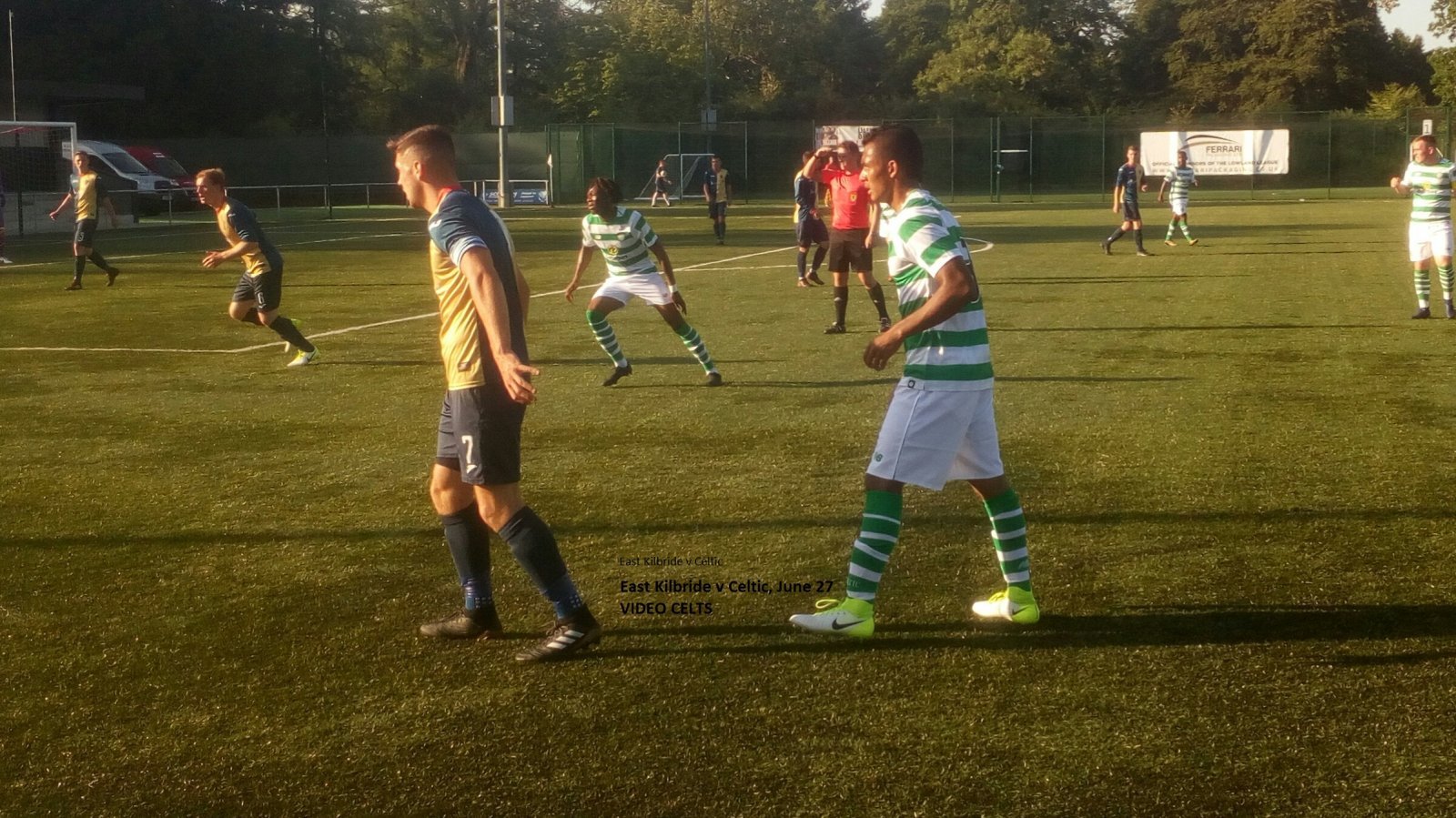 It’s not Izzy at left back

In the 25th minute East Kilbride went two in front when Liam Craig raced through the centre of the Celtic defence before shooting home from 15 yards out.

Celtic had a fair amount of possession but there was no real threat to the home keeper as the first half ended.

Daniel Church was one of a number of half time switches and showed a striker’s eye for goal when he netted from close range following a corner on the hour mark.

With ten minutes left to play Mark Hill hit the post from a free kick but despite a few half chances Celtic never really did enough to earn a draw.