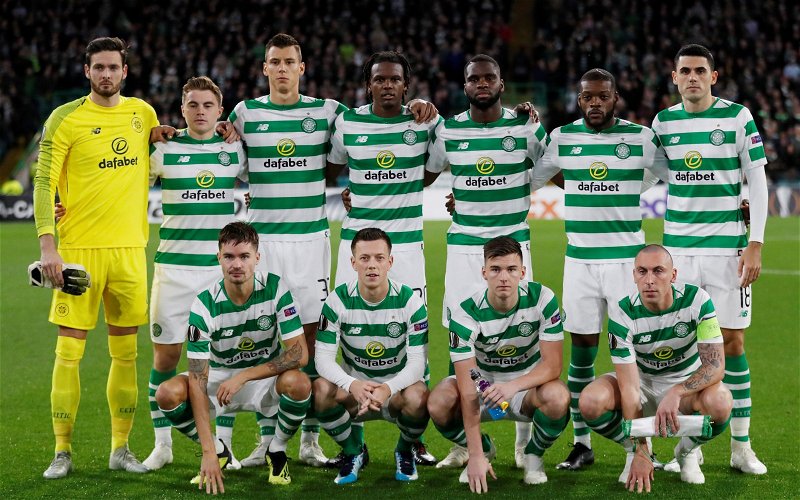 Brendan Rodgers has gone for a 4 4 2 formation tonight for the Betfred Cup tie against St Johnstone.

Scott Bain comes in to replace Craig Gordon but it’s the inclusion of two strikers that will excite the Celtic support.

In defence Kris Ajer has recovered from injury to take his place alongside Dedryck Boyata with Jack Hendry dropping out.

After the defeat at Kilmarnock and draw with St Mirren the focus is very much on Celtic’s domestic form.

Having failed to win in three SPFL away matches so far this season the trip to Perth is fraught with difficulties even though St Johnstone lost 5-1 away to Sevco on Sunday.

St Mirren and Kilmarnock have provided a blueprint of how to frustrate Rodgers’ side with Tommy Wright the most experienced manager in the top flight.