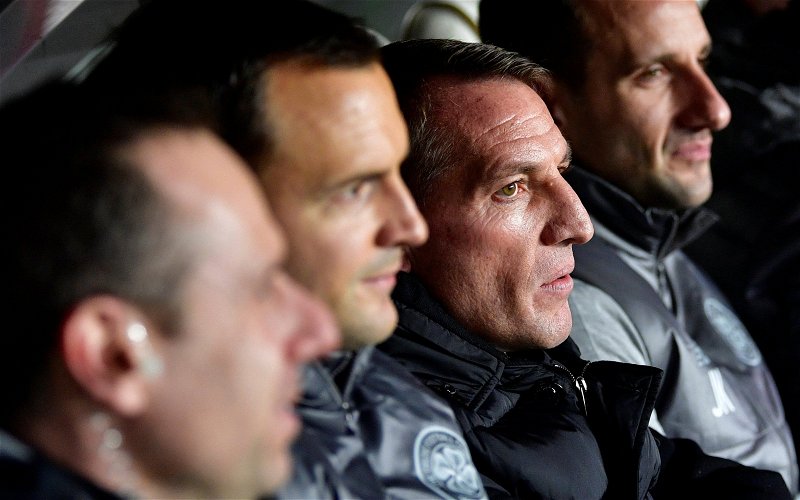 Brendan Rodgers has delivered a financial update on where Celtic stand in the transfer market.

The hoops boss has spent just £2m on transfer fees during this transfer window with high hopes pinned on Vakoun Issouf Bayo alongside loan bhoys Oliver Burke and Timo Weah.

Celtic have a very limited market place to shop in with demands high in terms of Champions League qualifiers but wages unable to stretch much beyond £35,000/week.

Rodgers has been looking to bring in a right-back for at least two transfer windows without success with worries over Filip Benkovic forcing him to look again at central defenders.

Celtic can offer new recruits the incentive of European football while playing in the backyard of the richest league in the world but that isn’t always enough to bring in the quality that the Celtic boss requires.

“There is a squad here who have been highly successful but you always have to evolve and the best time to do that is when you are succeeding,” he told the Evening Times. “It’s a challenge but most Scottish teams will find that.

“To bring in a big player on a big salary is very difficult. There is a level you can’t reach without putting your club at huge risk. That’s just the reality of where it’s at.

“It’s still an incredible league to come to. There’s a lot of negativity around the transfer window but you need to have that resourcefulness to maximise what you have. You always have to push to get the best players you possibly can.

“The climate and the financial side of the game elsewhere, in Europe and down south in both the Premier League and Championship, is making it really difficult. You get Championship clubs who will pay players £50,000 a week. That’s impossible for us to compete with.

“You learn to try and have patience in the window when you can. At the same time, you want to push to progress. I’ve always tried to be philosophical about it without getting too dragged down by it. I go back to the players you can afford to bring in and trying to make them better.”

Celtic have got two working days to bring in new defenders, with the finances explained it looks like loan signings are more likely than completing permanent moves.