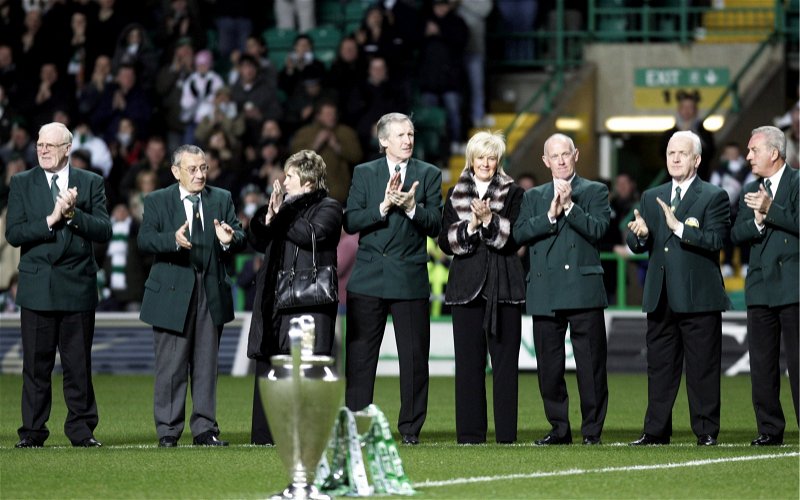 In general Celtic’s great successes of the sixties are captured by a dozen or so pictures.

Images of dramatic goals, Jock Stein joining the players in celebration, raising a trophy or leaving Hampden Park are well established but every now and then a fresh WOW picture appears.

26 April 1969. A real ‘who’s who’ of Celtic legends pictured after a 4-0 mauling of Rangers in the Scottish Cup Final at Hampden secures a second Treble in three years for Jock’s Bhoys. Photo from Celtic Wiki. pic.twitter.com/DQAmQztwfs

Look at that picture closely. The backbone of course is the Lisbon Lions but there is much more to this group of players, much much more.

The Quality Street Gang are perhaps a year or two away but added to the heroes of 67 you can see some others who have played their part in the magic of the club.

Neilly Mochan and James McGrory are there, stretching back pre-war and to the Coronation Cup and 7-1 teams, adding to the lions you can also see Jim Brogan, Tommy Callaghan, Harry Hood and George Connolly.

The medal tally from this pictures will stretch into three figures, as the current crop of supporters anticipate a treble treble there is no doubt that the current success of the club was founded on the achievements of this incredible group.