Boyata Bombshell: I hope that people know the truth 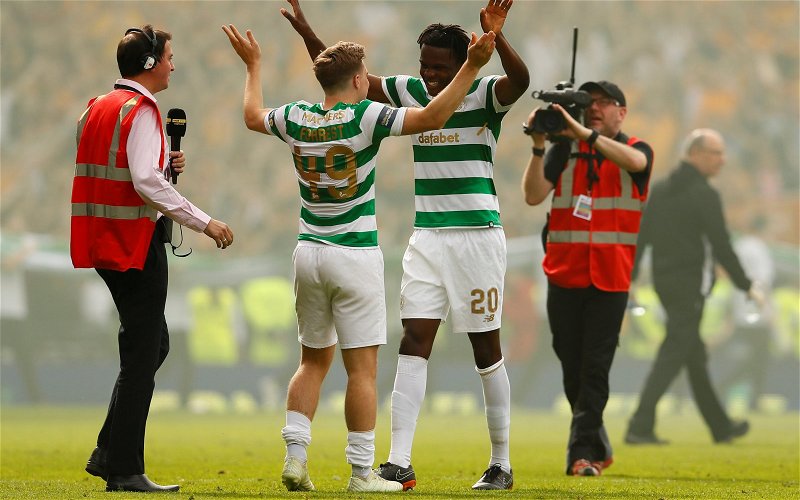 In a season of many mysteries Dedryck Boyata added more intrigue into what went on at Celtic over the course of picking up an eighth successive title.

When Celtic’s season kicked off away to Alashkert the defender was still on World Cup duty with Belgium but as the season draws to an end he remains at the club while Brendan Rodgers and Moussa Dembele have moved on.

The first signs of unrest were on the eve of the Champions League qualifier against AEK Athens when Rodgers made his frustrations known about John McGinn’s likely move to Aston Villa.

By the time Celtic were knocked out in the return leg in Athens Boyata was being painted as the villain after refusing to play following his agent demanding a Friday morning face-to-face meeting with Rodgers at Lennoxtown.

It seems that a £9m bid from Fulham that was rejected by Celtic seems to have been at the heart of the issue but Boyata returned to the fold and played a key role in reaching the last 32 of the Europa League and retaining the Betfred Cup.

What happened behind closed doors remains something of a mystery but after an interview with Sky Sports The Sun reported:

It’s very difficult to say goodbye as I have spent four great years here. We have won the league so it’s a happy day and I’m trying to enjoy it. We have done alright.

We have worked very hard. The season wasn’t the best but we managed to get what we wanted. I’m trusting the guys are going to do it in the future.

I’ve been the mean guy and the bad guy but I hope people know the truth. I have spent very good moments here.

Earlier today Hertha Berlin announced that they had signed Boyata with his contract beginning in July.

Quite a debut, what an impacthttps://t.co/YwfVvJflcB