Christopher Jullien wasn’t slow to share his delight at making his Celtic debut with his 40,000 Instagram followers.

Social media played a huge part in his transfer as he provided cryptic updates as negotiations got underway in the days before he completed his £7m transfer.

Two weeks later he got to pull on the hoops and put in a solid 57 minutes against Rennes justifying the high expectations on his shoulders. 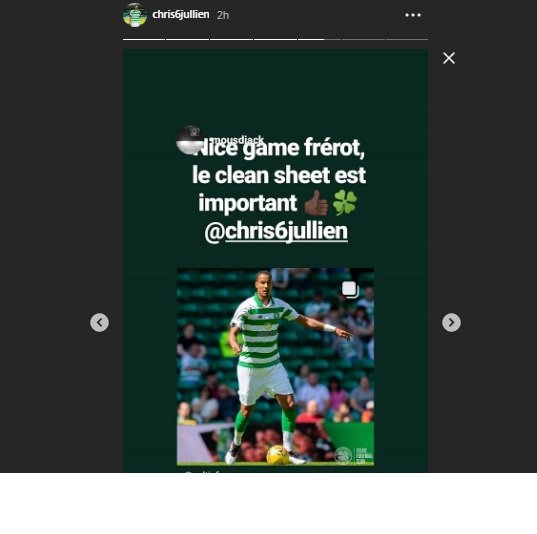 Celtic will assess the new bhoys reaction to today’s match before deciding if he is ready to start Wednesday’s return leg against Sarajevo.

With no match next weekend the hoops are fully into the competitive action with only the prospect of a closed doors match to give players game time.

Getting Jullien and Kris Ajer aligned with each other’s game seems to be the plan with the last three Champions League qualification campaigns riddled with problems in central defence.