Behind the scoreline Celtic delivered some devastating stats as they enjoyed 76% possession in the 7-0 win over St Johnstone.

The visitors never managed a single shot on target with Scott Bain only having some pass-backs to deal with as he returned to the team ahead of Craig Gordon. 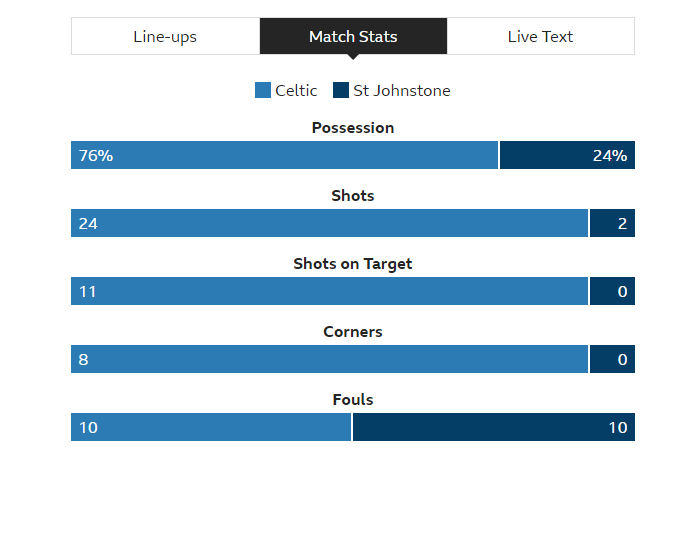 Against FK Sarajevo Celtic passed up a lot of chances in the 2-1 win but this afternoon the hoops were much more efficient with seven goals scored from 11 shots on target.

The 7-0 scoreline matched the result in May 2016 when Ronny Deila signed off with the same result against Motherwell. Ryan Christie scored his first Celtic goal in that match, today he bagged his first Celtic hat-trick to take his tally for the season to five.

Mikey Johnston, Olivier Ntcham, Leigh Griffiths and Odsonne Edouard were also on the scoresheet as Celtic hit the top of the table on matchday one laying down a marker for the challengers who go into action tomorrow.