Christopher Jullien couldn’t hide his delight after helping Celtic to victory in the Glasgow derby.

Paired with Nir Bitton then Hatem Abd Elhamed the £7m defender put in an outstanding performance as Jermain Defoe and Alfredo Morelos were kept at bay.

Jullien was stuck on the bench watching Jozo Simunovic and Kris Ajer as Celtic crashed out of the Champions League to Cluj but has now cemented his place in the side- and in the hearts of the Celtic support. 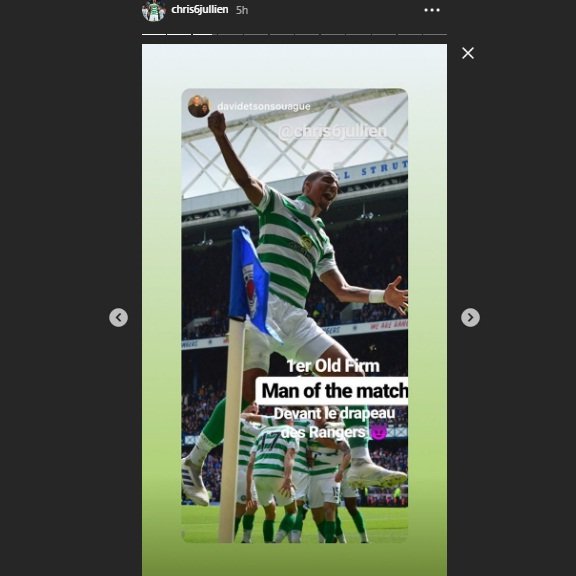 Whatever you do as a Celtic player the litmus test will always come in the Glasgow derby- especially at Ibrox. If you can play there you can play anywhere.

As the Ibrox side reverted to launching long balls into the penalty box Jullien got his head onto most of them with his confidence growing as the game progressed.

There were no bombscare moments as a new partnership was forged in front of Fraser Foster who was playing just his third match in 12 months.

With a three point advantage at the top of the table Jullien can enjoy a very well earned rest before discovering the delights of the plastic pitch at Hamilton on September 14.