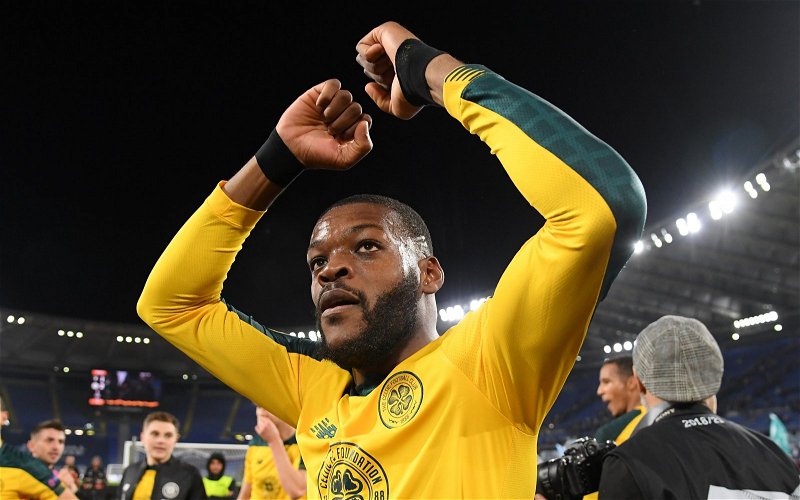 BT Sport have released a brilliant video clip of Celtic players celebrating with the fans after the 2-1 win over Lazio.

Wolves and Manchester United were also in Europa League action but clearly it was Celtic that stole the attention with their dramatic win in the Stadio Olympico.

The away fans had a perfect view of Olivier Ntcham’s last gasp winner- and were joined after the final whistle by the celebrating players.

Generations of Celtic supporters had only experienced agony and misery on Italian soil but last night the Class of 2019 had their moment and milked it to the max.

Earlier this season just 800 fans were inside Ibrox to watch goals from Odsonne Edouard and Jonny Hayes decide the Glasgow derby- last night 10,000 more enjoyed another stunning victory with thousands more watching around the globe.

As the fans start to make their way back from Rome Neil Lennon will put his game head back on as he prepares to face Motherwell on Sunday ahead of some respite with the international break.