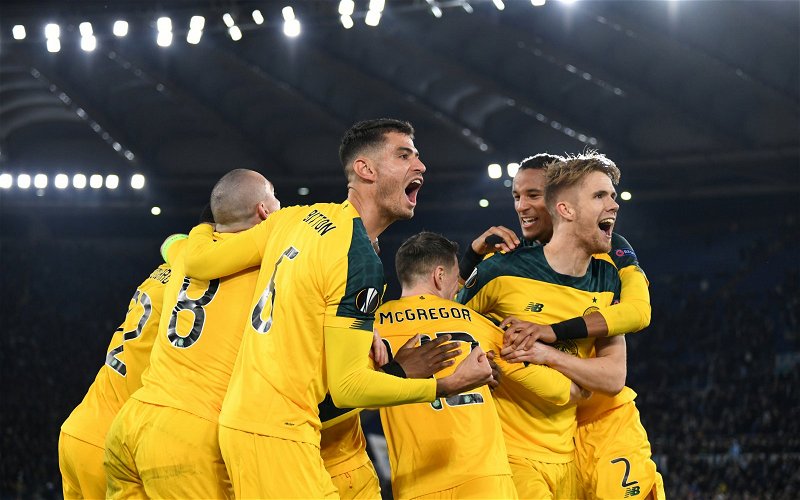 Nir Bitton has dubbed the Celtic side that beat Lazio as The Conquerors!

The Israeli was an 83rd minute substitute for Hatem Abd Elhamed and played a key role in the closing stages with a couple of interceptions and clearances.

With the match going into five minutes of stoppage time most teams would have settled for a point but Neil Lennon’s men felt that there was something to be taken from the trip to Rome. 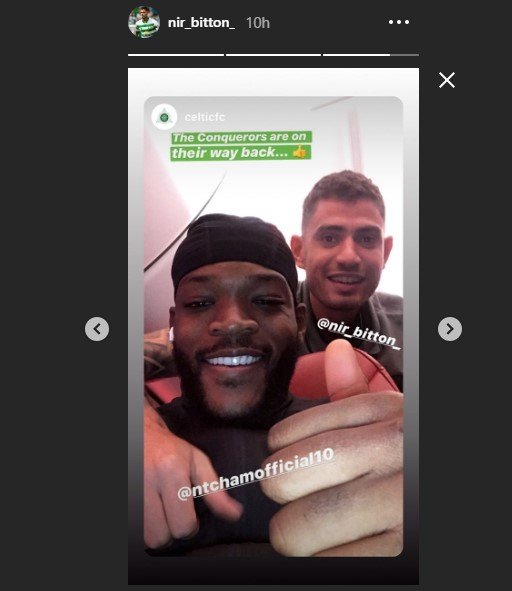 Odsonne Edouard won possession in the final sixty seconds of stoppage time, slipped through a perfectly weighted pass to Olivier Ntcham who clipped the ball over the keeper to secure more than just a victory.

The three points booked Celtic a place in the last 32 knock out phase and gave the club their first ever win on Italian soil after 12 previous attempts.

After celebrating with the fans it was off to the airport for The Conquerors as they flew back to Glasgow to begin preparations for Sunday’s home match against Motherwell.