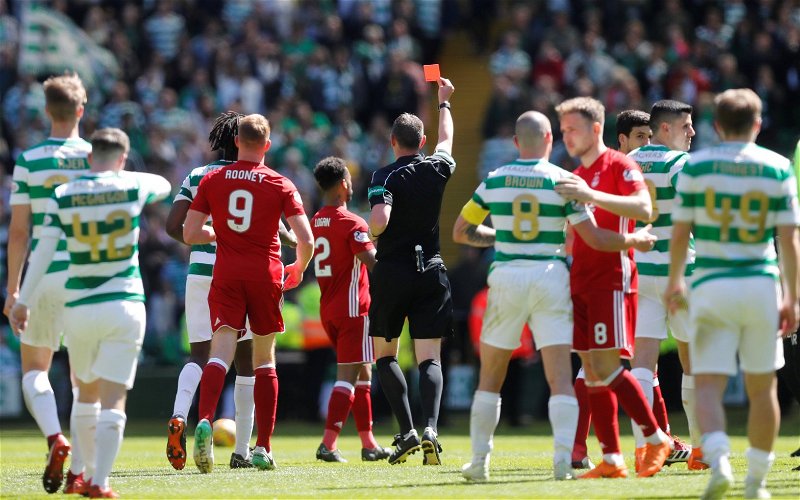 A week after getting hammered 4-0 by Celtic Shay Logan has found his voice.

The Aberdeen defender had no answer to the hoops last Sunday as a devastating first half display swept the visitors into a 4-0 lead. It was Celtic’s seventh consecutive win at Pittodrie.

Logan has played in or watched all of those wins as the visitors showed just why they have been Scotland’s top team throughout his stay in Scotland.

Throughout football there is a hierarchy with the teams that have the most money tending to have most success unless the foul up. Money buys better players, during the summer Celtic signed Jeremie Frimpong and Hatem Abd Elhamed, Logan remained at Aberdeen.

Bizarrely, after beating Aberdeen at home Logan decided to criticise Celtic for no known reason ahead of their Europa League trip to Lazio.

Rangers and Celtic have the means and the funds. I support Manchester City and they can do it, as can Manchester United and Liverpool. I just think it’s funny they can go and play the likes of Porto or Valencia in the Europa League and use it as, ‘Oh but’. It works both ways.

Their funds are their funds and they have good money behind them, but we have no debt.

Whatever the result in Rome on Thursday there will be no ‘oh but’ stories from Celtic, on Friday morning they will still be ahead of Lazio in Europa League Group E regardless of the result.