Olivier Ntcham has been linked with a move to Lille as speculation intensifies ahead of the transfer window opening on Wednesday.

The midfielder has been linked with a number of proposed moves over the last 15 months as he drops in and out of the Celtic first team.

During the summer Ntcham seemed to be talking his way out of Celtic with an interview in the French media but Neil Lennon appears to have forgiven the midfielder to ensure that he has made a contribution this season. 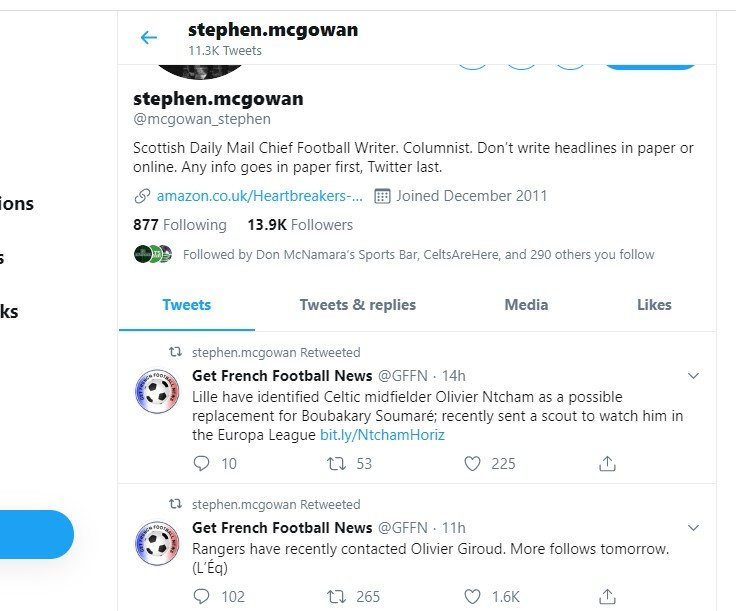 Freelance journalist Ignazio Genuardi reports that Lille have identified Celtic’s 23-year-old French midfielder Olivier Ntcham as a possible replacement for Boubakary Soumaré, should the latter leave next month, with Manchester United and Tottenham continuing to weigh up a formal offer for the latter player.

LOSC feel that they would likely only move for a central midfielder next month if both Soumaré and Thiago Maia depart, but Sporting Director Luis Campos is one for considerable forward planning.

Celtic signed Ntcham in July 2017 for £4.5m from Manchester City and were rewarded with a stellar season from the midfielder.

In November 2018 he signed a contract extension but has been unable to recapture the form of his first season despite occasional highs such as his winning goal away to Lazio.

Neil Lennon doesn’t want to lose any of his first team squad next month but if a replacement could be identified Celtic may be prepared to discuss a move for Ntcham.