Four English sides named as interested in out of contract Celt | videocelts.com

Four English sides named as interested in out of contract Celt

Jonny Hayes is wanted by four Championship clubs with the Irishman able to sign a pre-contract agreement tomorrow.

Celtic paid Aberdeen £1.3m for the winger in the summer of 2017 shortly after he had scored against the hoops in the Scottish Cup Final.

After suffering a leg break halfway through his first season Hayes has mainly played as a left-back, offering cover to Kieran Tierney last season highlighted by an impressive display in the Treble Treble success against Hearts.

This season Hayes has started six matches and appeared as a substitute in a further 13.

The reliable Republic of Ireland international is out of contract at the end of the season and manager Neil Lennon is keen to see that deal extended. But the 32-year-old now has strong interest from England and can open pre-contract talks from January 1.

Championship sides Preston, Middlesbrough, Stoke and Cardiff are all keen on Hayes. Lennon had expected Celtic to open talks over a new deal more than 10 days ago but the champions have still to speak to Hayes or his agent.

With Boli Bolingoli and Greg Taylor signed in the summer as well as Andrew Gutman in January Celtic appear to be well off for options at left-back.

Yes, he has something to offer 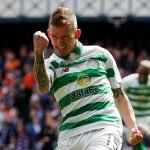 No, has had his time, we have other options 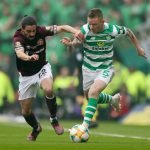 Nir Bitton was also out of contract at the end of this season but signed a new three year deal earlier in December. With no extension yet in place it would seem that Hayes is likely to move on when his Celtic deal expires.