How Peter Lawwell surrendered Celtic over to the SFA | videocelts.com

How Peter Lawwell surrendered Celtic over to the SFA

At Wednesday’s AGM Peter Lawwell handed complete control of Celtic over to his friends at the SFA.

When push came to shove, as many suspected, the club decided to ignore the issues raised by shareholders around the 2011 UEFA licence which denied Celtic a place in Champions League qualifiers. Lawwell chose to shield the SFA from scrutiny by UEFA and the City of London Police.

In short Alastair Johnston, former chairman of Rangers signed a licence application that there was no overdue tax at 31 March with everyone at the SFA going along with that view.

Lawwell later wrote to the SFA to query the issue, was told all was in order and let the matter rest until a group of diligent shareholders brought the issue to the 2013 Celtic AGM where it was adjourned.

The last six years will be the legacy of the current Chief Executive, not the list of trophies that the club has won.

At every turn Lawwell has defended the SFA from the questions of Celtic shareholders. Dates have been altered, points of reference overlooked with searching questions and holding officers to account posted missing.

Knowing that the Chief Executive of Celtic was in their camp the SFA have gone into over-drive. If he won’t go to town over a licence issue that could have cost his club £20m the occasional website statement about a referee can be laughed off and ignored.

Think Steven McLean at the 2015 Scottish Cup semi-final, not a word from Celtic with McLean rewarded with the Scottish Cup Final a year later.

Think of the racist abuse of Scott Sinclair, attack on Scott Brown and missiles thrown at Celtic players at Ibrox in April 2017. Not a word of complaint from Celtic.

Five players given retrospective red cards in matches last season against Celtic. Not a comment from the club.

John Beaton’s went a step too far at Ibrox last season, Celtic called for transparency and a public explanation as to why physical attacks on Tony Ralston, Ryan Christie and Scott Brown went unpunished.

At the AGM Lawwell told shareholders it had all been resolved at a secret meeting with the SFA eight months earlier.

During their last two SPFL matches Celtic players have been under constant physical attack from opponents that can challenge as late as they like knowing that the they have the sympathy vote from match officials as they face slicker, more skilful, better paid opponents.

During the AGM Lawwell told shareholders that he had phoned ‘the guy at UEFA who had made the decision in 2011’ to ask again about the licence. He also claimed that he had never seen the Five Way Agreement of 2012, perhaps he should check his in-box of Thursday 26 July 2012 on that issue.

It seems very strange to vote against the Resolution then be ‘phoning the guy at UEFA’ on the morning of the AGM.

Having asked about the issue on the phone what on earth is stopping Lawwell from sending on the evidence that he has been presented with. What exactly did he say to his mate at UEFA?

At the 2017 Craig Whyte trial it was crystal clear that HMRC were overdue £2.8m when Johnston signed the licence application.

However, in court testimony given during the Craig Whyte trial, Rangers and Murray Group directors stated the club knew the tax bill was overdue in November 2010, months before their UEFA licence application

Having previously claimed that the figure was under appeal SFA chief executive Stewart Regan was forced into referring the issue to his Compliance Officer. In September 2017. More than two years later the SFA have still to decide on the issue despite losing a Chief Executive and Compliance Officer along the journey.

Having waited two years for an answer Celtic are still happy to leave the matter with the SFA. 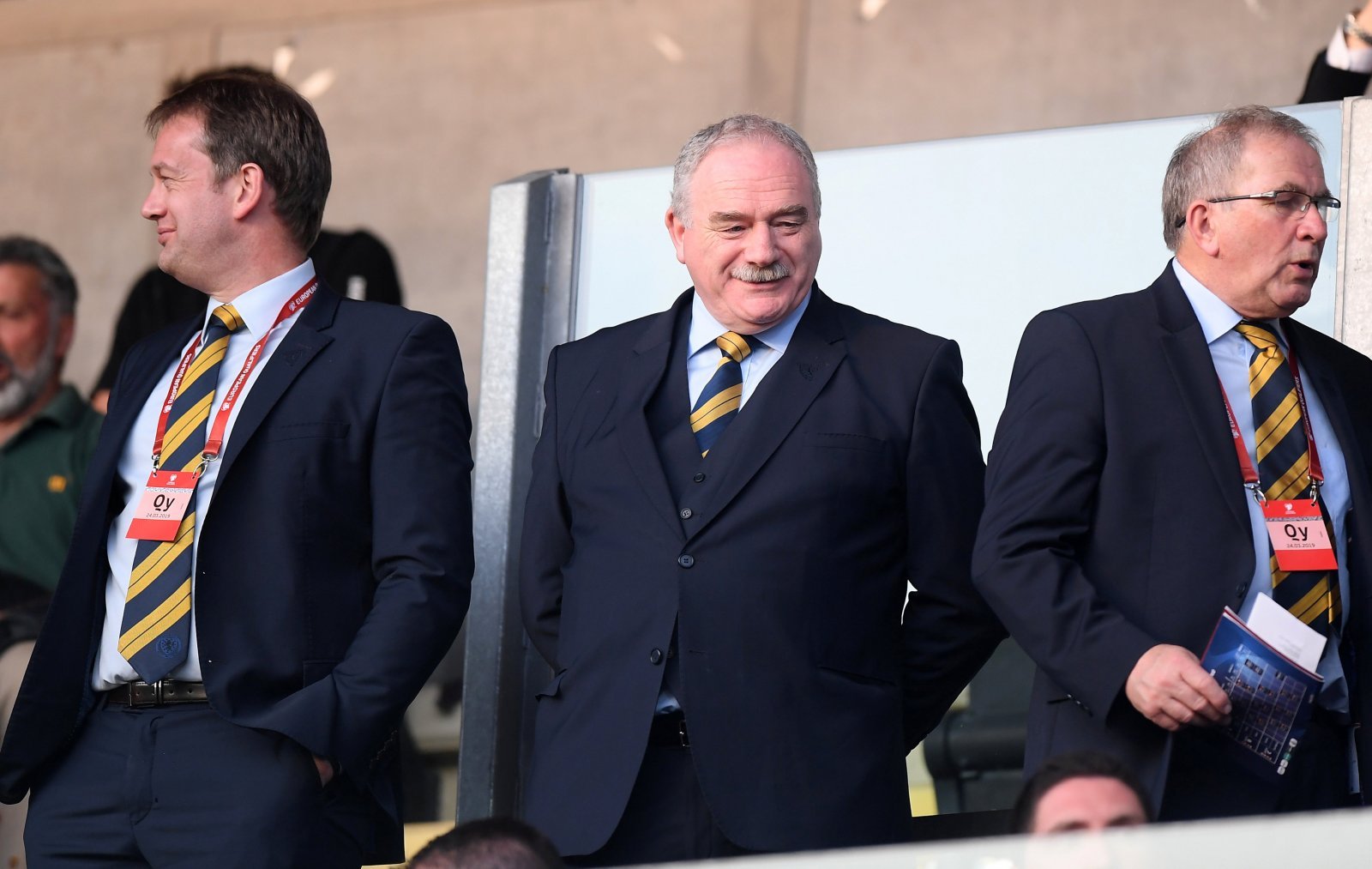 That is the SFA that has welcomed Johnston back into the fold as a football club director. The SFA that has appointed Rod Petrie as President, that has Andrew Dickson prowling the corridors of power and that has avoided Financial Fair Play at every turn.

All that the Celtic shareholders wanted was for UEFA to carry out an audit. Were the right procedures followed? If Regan, Campbell Ogilvie, Petrie, Dickson and others made mistakes and covered them up they should be banned from football. It’s that simple, it’s not an Old Firm battle, it is simply a matter of compliance.

Why Lawwell doesn’t want UEFA to take a look and give their verdict can lead to only one conclusion- Celtic have something to hide in this, there is something that they’d rather keep quiet about.

Malmo, Maribor and others are in the 2011 history books but as Celtic’s chief executive puts his friends in the SFA ahead of fairness for his club and justice for shareholders a bigger issue is opening up.

Lawwell has put Celtic wholly at the mercy of the SFA, so far this season there has been no major issues beyond Kevin Clancy’s display at Easter Road in September.

Wednesday’s AGM could be the beginning of the end for the Celtic Chief Executive- putting the interests of shareholders behind self-preservation may be his second biggest mistake of the day.

CLICK HERE for full details and documentation on Resolution 12.