He isn’t the most outgoing or emotional of players but among his team-mates Nir Bitton has full respect.

Kieran Tierney was the obvious connection for Patrick Roberts to link up with but the on-loan Manchester City winger revealed that Bitton was the player he was closest to during his Celtic days.

There aren’t too many obvious links between Israel and France but according to Odsonne Edouard he has ‘mon frere’ in Bitton. 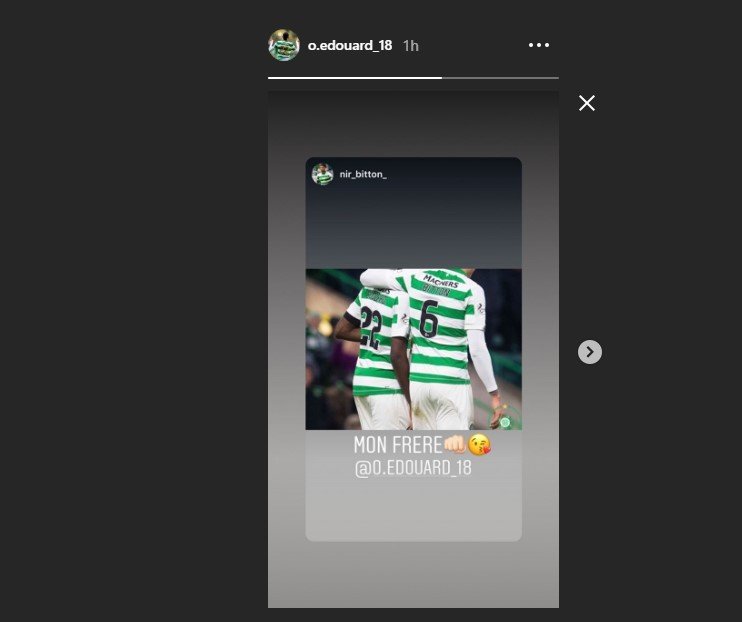 Becoming a utility player is something that most players dread but after six years at Celtic it seems that Bitton’s first team prospects lie mainly as a defender.

Olivier Ntcham, Tom Rogic, Scott Robertson and Ewan Henderson know how difficult it is to find a place in the Celtic midfield with the Israeli’s last run in that position coming early in the Invincible season.

Getting the 28-year-old onto a new contract that runs until 2023 will be welcomed throughout the Celtic squad and a shrewd but of business from the club, Edouard is unlikely to be around the club when that contract is nearing an end but he’ll be pleased to know that mon frere’s future has been settled.