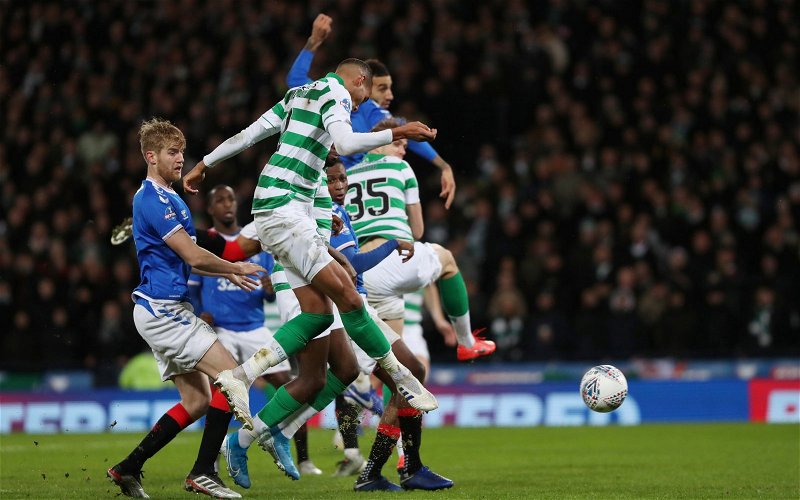 There wasn’t a word said or claim made at the time but after losing to Celtic at Hampden everyone at Ibrox is claiming that the only goal of the game should have been disallowed.

“There were three Celtic players standing in offside positions but unfortunately we play in a country where there is no VAR,” Steven Gerrard told The Sun. “Look, I’m not going to sit here and make excuses. I’m not the type of person who blames or look for excuses.”

Helander is in between Edouard and Jullien and plays them onside.

He’s just in front of Jullien
It’s a perfectly good goal
An some finish from the big man
?? pic.twitter.com/tnZcGFLVQI

No television camera will ever capture the exact moment that the ball is struck and the last line of defenders. It’s impossible. With the benefit of the 18-yard line the assistant referee is better placed than anyone.

Celtic’s big hitters were up for the free kick after Connor Goldson had brutally booted through substitute Odsonne Edouard soon after the Frenchman appeared as a substitute.

Since his £3m summer signing Filip Helander has never appeared to be the most secure or convincing.

Fearing the presence of Chris Jullien and Kris Ajer the Swedish defender stepped back from the line of defenders as Ryan Christie curled his free kick into the penalty area.

That moment of panic was enough for Jullien, a split-second later Allan McGregor was picking the ball out of the net with Superman behind the goals celebrating with the Celtic fans!