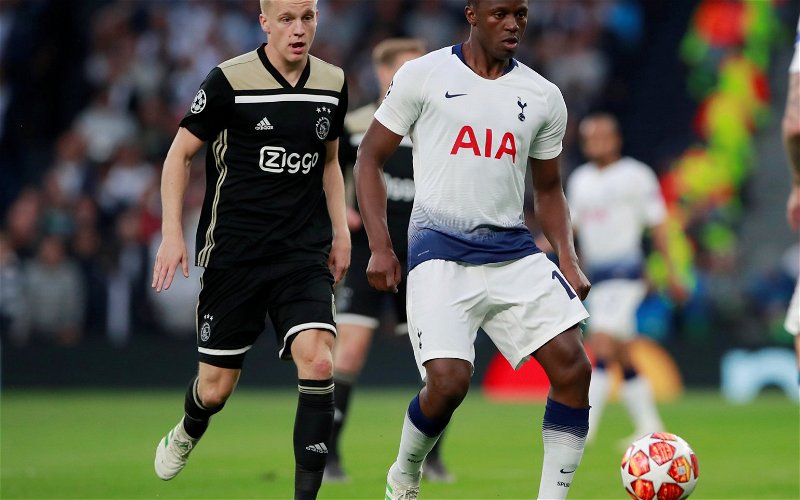 Despite a day of constant speculation, Victor Wanyama remains a Spurs player with claims that both parties are looking to terminate the remaining 17 months of his contract.

Friday morning saw social media reports that Celtic and Spurs were discussing a deal for the player but before lunch-time the mood had changed with Celtic distancing themselves from the speculation.

Later in the day attention switched to struggling French side Amiens with the strange claim that Spurs were prepared to pay 70% of the midfielder’s wages. That seemed very unlike Daniel Levy.

France Football report that Tottenham are discussing a mutual termination of Victor Wanyama’s contract with his agents; if this occurs, he could join any club of his choosing for free https://t.co/9Gw3fhQZkY

As the French deadline passed there was no announcement from Amiens, under Jose Mourinho there seems little chance of Wanyama making the Spurs bench never mind getting on the pitch.

Terminating the contract will involve delicate negotiations between both parties, Spurs face 17 payments in the region of £250,000 plus possible loyalty payments. Many players in the EPL get a loyalty payment for each year that they remain at a club.

At 28 Wanyama should be enjoying his best playing years. Whether he still has the same ambitions as he showed at Celtic after seven years in the EPL remains to be seen but there’s little doubt that he’ll be linked with a return to Glasgow in the months ahead.